With the Emmys over and done with, it’s officially the start of the fall network TV season. The pilots will come en masse next week, but, along with one of the best one-night comedy lineups in quite a while (Thursday’s Parks and Rec premiere, Wilfred finale, Childrens Hospital UK, NTSF:SD:SUV::, and the culmination of Louie’s three-part Late Night adventure, which we have in the spotlight this week), we did get premieres for Treme, How I Met Your Mother, Partners, and Castle, along with finales for SYTYCD, and Awkward.. After going through the rest of our week in TV, including Parenthood, Doctor Who, The Thick of It, the Emmys, The Voice, Alphas, and Revolution, we welcome Stephanie Smith from PotentialCast, RedemptionCast, and What’s On with Steph and Des to the DVD Shelf to help us take a nice long look at Jason Katim and Peter Berg’s beautiful and heartfelt series, Friday Night Lights. 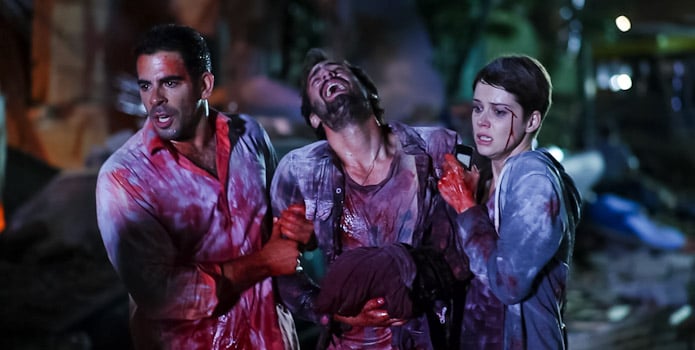