Home
Entertainment
This Week in Comics: 11/12/13
Prev Article Next Article 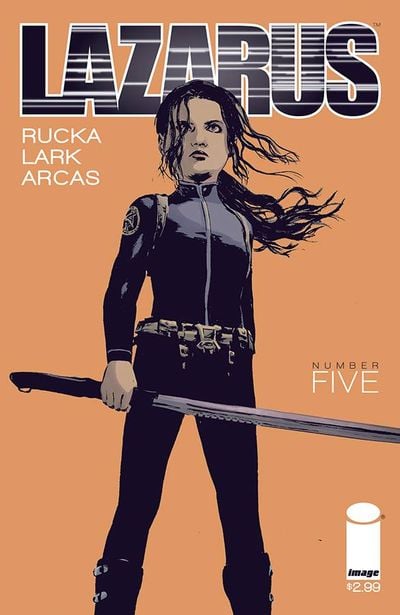 After last issues jaw-dropping, game changer of an ending, it seems like its been an eternity since we were treated to another Lazarus book. Well, the grind is over and Forever is finally back. I have stayed away from every solicit, I have no idea what this issue is going to be about and that’s the way I like it. All I know is that cover is bolts! If you haven’t been following, grab this issue and the Vol. 1 trade. You will not be disappointed.

Last issue, and you may have heard about this, but last issue was 22 pages of a guy wielding a double chainsaw tipped bamboo stick and carving through zombies like turkey. For 22 pages. One guy. Thousands of zombies. It was one of the most glorious things I have ever had the pleasure of seeing. Seriously, Darrow’s attention to detail is astounding. Just look at that cover! LOOK AT IT!

As far as mainstream comics go, Snyder and Capullo’s Batman is untouchable. Zero Year continues, just like it will for the next foreseeable future and no doubt it will be awesome. Let’s face it, unless Snyder decides to throw in some sparkly vampires and a Selena Gomez cameo, then Batman‘s reign is never going to end. Isn’t it exciting to be alive during a classic run as it unfold right before your eyes?!

SHAMELESS PLUG ALERT. But my first comic strip is debuting in The Local Townie Magazine. So if you live in British Columbia please grab one for free. If not, click HERE and turn to page #25 for some goodness featuring up and coming artist, James Cadotte for FREE.