Home
Entertainment
This Week in Comics: 18/12/13
Prev Article Next Article 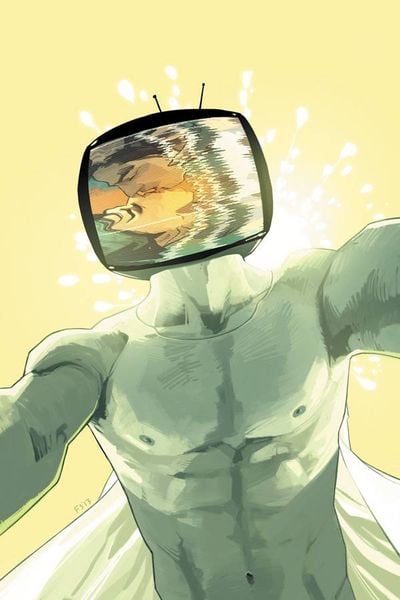 Super Special Note: This release day is STACKED since the publishers are making their final before-Christmas push. If Black Friday didn’t hurt you, then this White Wednesday will.

Everything @ Image Comics | PICK OF THE WEEK

Head Adventure Time! Comic scribe (and recent Eisner Award winner) Ryan North dives into his own version of post-apocalyptic Earth. This time, a rag-tag group of space adventurers head to Earth which is now deserted and covered in gold. It’s a great premise and Ryan has already proven his mettle by turning what could have been a simple television adaptation into a force all its own. Excited to see where the depth of his mind can take us.

I stopped following for awhile. It didn’t really matter. Even though the teams are scattered, the song remains the same. But I do love X-23 and that amazing Peterson cover is enough to peak my interest. Hopefully this doesn’t turn into a case of judging a book by it’s cover.

The moment all you trade grabbers have been waiting for. Scott Snyder and Sean Gordon Murphy’s aquatic tale of terror finds it’s first five issues all wrapped up in a neat little package. Did anyone mention that it’s available for the low low price of $9.99? Looks like someone is learning from Image…

This is a big Month for Kelly Sue DeConnick. Not only are we treated to another Pretty Deadly over at Image and Avenger’s Assemble #22 coming from Marvel, there’s also Ghost #1 coming in from Dark Horse. A continuation of her mini-series, but still a great read for newcomers, Ghost has the spirit of all those supernatural movies you loved as a kid, but with wittier dialogue.

This is it kids! The battle of the century, it’s all come to this, yippie ki-yay brother trucker! Red Sonja Vs Dark Annisia. This has been a long time coming and for those who’ve been following Gail Simone’s glorious rendition of Red Sonja, then it’s all come to this. Here’s hoping all this anticipation pays-off.

The first of the post-City Fall issues will find the Turtles in a terrible place. Over come with guilt, regret and mistrust, this may be the darkest place our shell-shocked heroes have ever been in. Since the last arc is over, now is the perfect time to start grabbing one of the best books on the shelf. Also, have you seen that cover?