AMC has cast the lead role in its upcoming series Preacher. The adaptation of the Garth Ennis comic series has formally signed Dominic Cooper as the titular preacher Jesse Custer, as confirmed by executive producer and co-developer Seth Rogen.

We have Jesse Custer! @dominiccoop is gonna save our souls. #Preacher

This is not Cooper’s first foray into the world of comic books, as he has also played Howard Stark, father to Iron Man Tony Stark, on both the big and small screen. Cooper, whose formal signing comes after weeks of talks, joins a cast that already includes Ruth Negga, Joseph Gilgun, Ian Colletti, and Lucy Griffiths. A premiere date for Preacher has yet to be announced.

HBO made a number of moves over the past week. Key among them was the straight-to-series order the cable channel gave to Divorce, reuniting HBO with Sarah Jessica Parker, who rose to fame as lead character Carrie Bradshaw on the former HBO series Sex and the City. The show hails from writer Sharon Horgan, whose previous creation Catastrophe made its debut on Channel 4 in UK earlier this year. While Horgan has written for shows in both the UK and the US, Divorce marks her first US show creation, and the summary is as follows.

A couple goes through a long, drawn-out divorce.

Parker will play one half of the lead couple, with Thomas Haden Church playing the other half. The series also co-stars Molly Shannon and Mad Men‘s Talia Balsam.

HBO will also be reuniting with Tom Hanks’ production studio Playtone for a new miniseries. The pair, who have previously collaborated on miniseries such as Band of Brothers, Olive Kitteridge, and John Adams, will next be working on a show about the Wright Brothers, inventors of the airplane. The series will be adapted from David McCullough’s book The Wright Brothers.

Sin Nombre‘s Cary Fukunaga and Drive‘s Hossein Amini are poised to collaborate on a new tv series. The duo will be working together on a television adaptation of the Caleb Carr novel The Alienist, with Fukunaga coming onboard as director and executive producer for the show this week, and Amini already having written the pilot and on the project as a writer and executive producer. The synopsis of the novel, from publisher Random House, is as follows:

The year is 1896, the place, New York City. On a cold March night New York Times reporter John Schuyler Moore is summoned to the East River by his friend and former Harvard classmate Dr. Laszlo Kreizler, a psychologist, or “alienist.” On the unfinished Williamsburg Bridge, they view the horribly mutilated body of an adolescent boy, a prostitute from one of Manhattan’s infamous brothels.

The newly appointed police commissioner, Theodore Roosevelt, in a highly unorthodox move, enlists the two men in the murder investigation, counting on the reserved Kreizler’s intellect and Moore’s knowledge of New York’s vast criminal underworld. They are joined by Sara Howard, a brave and determined woman who works as a secretary in the police department. Laboring in secret (for alienists, and the emerging discipline of psychology, are viewed by the public with skepticism at best), the unlikely team embarks on what is a revolutionary effort in criminology– amassing a psychological profile of the man they’re looking for based on the details of his crimes. Their dangerous quest takes them into the tortured past and twisted mind of a murderer who has killed before. and will kill again before the hunt is over.

A channel for the series has yet to be announced, though it already has a distributor in the form of Paramount’s TV division.

British Channel ITV has released a trailer for their upcoming show Safe House. The series reunites The Leftovers co-stars Christopher Eccleston and Paterson Joseph, and also stars White Collar and Lost‘s Marsha Thomason, and the plot synopsis is as follows.

When former detective Robert and his school teacher wife Katy decide to make major changes to their lifestyle, they impulsively purchase a guest house in the Lake District where they plan to create a haven for holidaymakers. When Mark, a former colleague and friend, approaches the couple asking for their help in providing temporary housing for people needing protection from criminals, their idyllic guest house quickly becomes a safe house.

The trailer can be seen below.

Safe House, whose first season consists of four episodes, will make its premiere on Monday, August 20.

With the 2014-2015 season drawing to a close in the coming month, The CW has announced their summer schedule. The first show to kick off the channel’s summer will be Beauty and the Beast, which will have its third season premiere on May 21st at 8 pm ET. The British import Dates will begin its first season on The CW on July 9th at 9 pm ET. The channel’s newest series Significant Mother, which makes the jump from CW Seed, will makes its premiere on August 3rd at 9 pm ET. 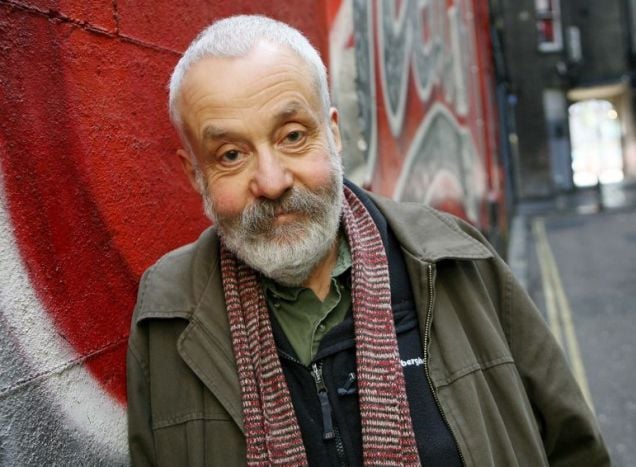