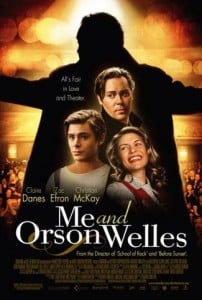 “Richard Linklater continues to be a sneakily brilliant director. Working with the actors, he slowly imbues his otherwise stock characters with a humanity that really pays off in the back half of the film.”

Me and Orson Welles

In lesser hands, Me and Orson Welles might have been a grandiose love letter to the magic of theatre and the wonder of young love.  The audience could have laughed at the charming exploits of that wild eccentric Welles and rooted blindly for the dashing young hero Zac Efron as Welles takes him under his wing.  And then everyone could have gone home and forgotten the movie ever happened.  Instead, Richard Linklater decided to film a tale about the insidiousness of fame, the dangers of living behind a mask, the trials of working with a raving sociopath and the magic of theatre.

Richard Samuels (Zac Efron) is a regular old senior at a regular old non-singing non-dancing high school who dreams of the spotlight.  One day, while walking though New York City, he impresses none other than Orson Welles (Christian McKay) with his drumming skills and wise-ass demeanor. Welles hires him on the spot to play Lucius in the Mercury Theatre’s adaptation of Julius Caesar. Rehearsal commences, Guy meets Girl (Claire Danes) and the rest, as they say, is a fictionalized account of history. 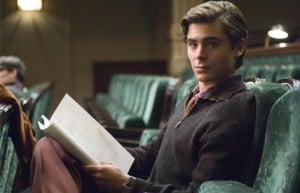 The film’s title, while an accurate description of who the two leads are, is nevertheless misleading. This is no buddy or mentor movie–it’s a story about a 17-year old who crosses paths with Orson Welles, a man five years his senior but fifty times his seismic magnitude.  After a week, one of them learns a valuable lesson about life, and the other goes on to write, direct, produce and act the hell out of Citizen Kane.

The principle cast members are wonderful.  Christian McKay can not be praised enough for his portrayal of Welles, which is a masterpiece of mimicry and insightful acting.  Zac Efron shoulders the much harder task of acting across from Christian Mckay (not to mention being Zac freaking Efron), but he more than holds his own.  His Richard is a nuanced and charismatic portrait of ambition and adolescence.  Old reliable Claire Danes gives Sonja Jones, love interest and third lead, a tragic depth that transcends her role as dramatic foil and pretty face.  The chemistry between Efron and Danes is clear, and their relationship is far more than a placeholder romance. Nobody else gets nearly as many lines as these three, but the cast really distinguishes itself, especially heading into the climax.

Richard Linklater continues to be a sneakily brilliant director.  Working with the actors, he slowly imbues his otherwise 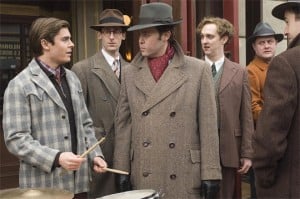 stock characters with a humanity that really pays off in the back half of the film.  He never takes any shortcuts, letting the dramatic peaks develop naturally out of the cast. Linklater deserves praise, as well, for putting to film an absolutely riveting theatrical performance.  His recreated footage of Welles’ Julius Caesar is nothing short of magical, but is in constant, and subtle, contrast to the high emotions and dysfunction of the cast.

With Me and Orson Welles, Linklater and his cast have crafted a perceptive portrait of artists within the art making process.  Though Welles portrays but one week during the production of one play, it is a definitive week–even without historical crib notes, it’s not hard to imagine the continued trajectory of these characters.  It’s hardly faint praise to say that a more complete Welles biopic seems irrelevant after this.  If it was unclear before that Linklater is one of the most interesting and consistent directors working today allow Me and Orson Welles to clear things up.