We spend quite a bit of time on our site showcasing some great poster art. I’m one of those people who covers the walls of his hallway with laminated posters of some of my favourite films. I recently stumbled up these beauties seen below by artist Alex Pardee. The first two are works for Joe Cornish’s Attack The Block. On his tumblr, Alex says, “I saw Joe Cornish’s alien-invasion movie Attack The Block the other day and I was so refreshingly blown away by it I couldn’t stop thinking about it, so I drew this for funsies.”

The third poster and my personal favorite was created for an upcoming Edgar Wright triple feature at the Castro Theater in San Francisco: Shaun of the Dead, Hot Fuzz and Scott Pilgrim vs. The World.

The poster will be available for purchase at 7 p.m. August 26 at the Castro Theater and Edgar Wright will be on hand for the screenings as well as for a Q&A. Here are the posters. Enjoy. 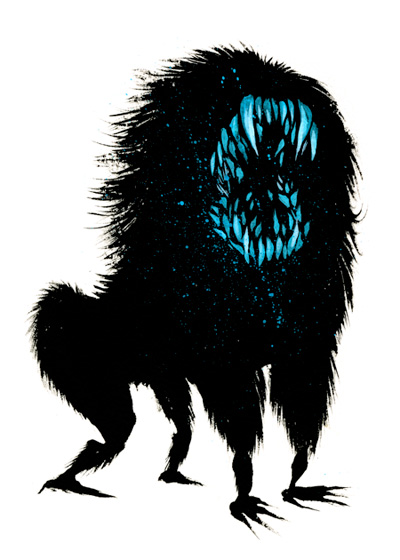 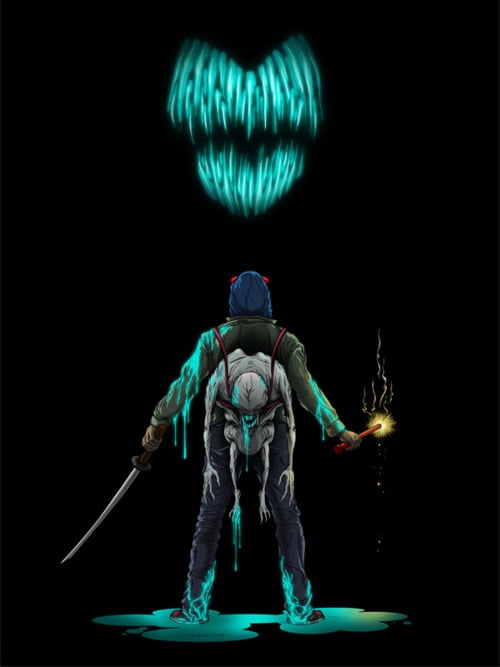 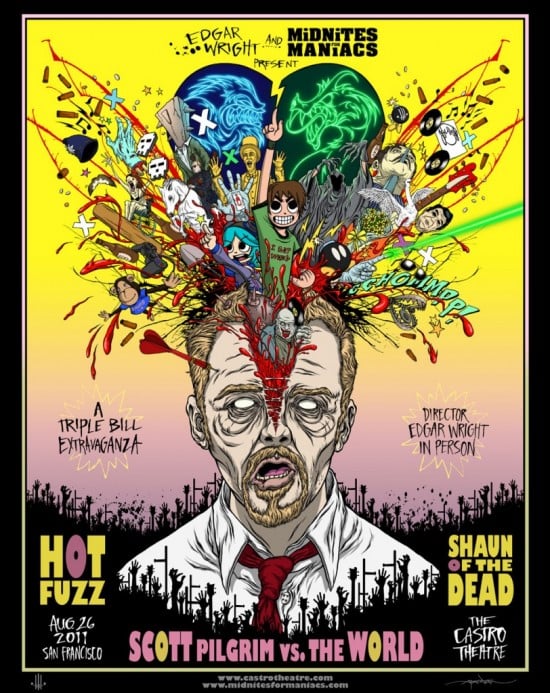