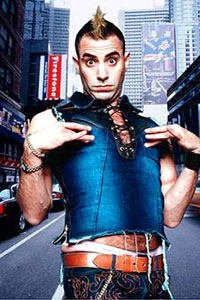 Bruno, due out in Australia on July 9 from Universal Pictures, follows the same basic formula the British comic used to huge commercial and critical success with 2006’s Borat: Cultural Learnings of America for Make Benefit Glorious Nation of Kazakhstan.

Instead of a clueless Kazakh TV journalist struggling to understand American culture, Baron Cohen’s Bruno character is a flamboyantly gay Austrian fashion correspondent hoping to make it big in Hollywood. But the net result is the same from the people he provokes on screen: shock, outrage and a satirical exposure of human prejudices.

Please enter your date of birth in order to watch the trailer!