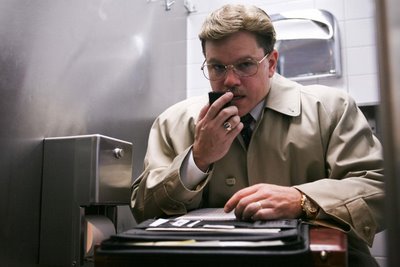 It’s been over a month since Steven Soderbergh’s last release The Girlfriend Experience.  So it’s about time we got a look at his latest film The Informant starring Matt Damon.  Expecting a Michael Clayton style drama I was pleasantly surprised the film is being billed as a black comedy.  The Trailer has a couple real laugh-out -loud moments.  Damon looks to be a good bet for an Oscar nomination next year (It would be his first in over 12 years).  The film also stars comedians Joel McHale and Patton Oswald.  Look out for The Informant on October 9th.