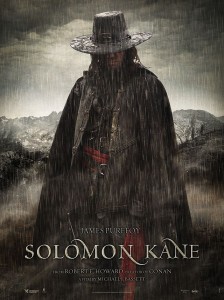 “If I kill you, I am bound for hell… It is a price I shall gladly pay!”

I have a theory… The blame needs to be put entirely on Blockbuster Video.

When I was a kid, I remember vividly that my local ‘Video 99’ store had a dedicated Adventure section.  The one magnificent wall, stocked full of old-school painted posters, with adjectives like ‘exhilarating’ or ‘astonishing’, only hinting at the epic quests waiting on those VHS tapes.  Then Blockbuster came to town, and guess what?  They have an Action/Adventure section, like those are the same damn things!  A few years later, only an Action section.  Did they think we wouldn’t notice?

Sure, the adventure videos were still there, but mixed in with hundreds of generic and boring action movies, carelessly shelved with the rest, like some common Brett Ratner movie!  And sure enough, without a video section of its own, the Adventure film has been slowly vanishing from our screens.  It’s nearly 2010, and in the first decade of this new century, I can count on one hand the great Adventure films, and three of the five are from the same series!  In the age of the special-effects-driven, dime-a-dozen explo-tation films of Michael Bay and McG, the genre has been forgotten.  Without a home at the Blockbuster, these films have been refugees, amalgamated with the rest, but marginalized.  Really, Blockbuster is to blame for the genocide, no the genrecide, of the Adventure film. Which brings me to one of the most enjoyable movies I saw at this year’s Toronto International Film Festival.  It is the newest member of the near-extinct Adventure genre, SOLOMON KANE, and I feel it needs to be celebrated.

The film is Written and Directed by Michael J Basset, and it succeeds because of his understanding and vision of the character of Kane.  While based on the pulp stories of Robert E Howard, creator of Conan the Barbarian, SOLOMON KANE is an origin story, inspired, more than adapted from the source material.  The film does a great job of giving the audience a foundation of Kane’s world, delivering a satisfying and compelling story while at the same time, teasing at the larger story (hopefully) still to come.  This film tells the origin of Solomon Kane, the violent-mercenary turned Puritan-pacifist turned violent-Puritan-avenger.  Here we find retelling of the 16th century, a world where evil is more than a abstract concept, it is literally a huge flaming sword to the face! This film is a lot of fun, and what impressed me most is how it manages to avoid many of the trappings inherent to the genre.  It introduces an epic world and larger than life characters, but does not try to do too much at once.  The movie has a great pace, never slowing down and never getting distracted from the main plot and character.  As an origin story, the character of Kane dominates the film, and we are able to quickly understand who he was, and who he is destined to become.  He doesn’t get held down by a comic-relief sidekick, a long-lost Son, or a romantic love interest. He kicks the door down, looking to chew bubble gum and kick ass, and he is all out of bubble gum.

James Purefoy is the man. Period. That’s right, I’m spelling out punctuation to make my point clear.  If you have seen his performance on ROME, you will know that when Purefoy is onscreen, your eyes are stuck to him.  Like his portrayal of Mark Antony, Purefoy plays Kane perfectly; violent and determined.  Kane is a badass by all definitions.  He is so badass that he needs to bottle that badassness up, because unleashing it on the world is too dangerous and irresponsible.  The internal struggle of the character plays on his face from beginning to end, and when he is finally pushed too far, we get the joy of watching the badass explode in a fury of swords and fists and blood. This movies doesn’t pull any punches (or more accurately, doesn’t sheath any swords).  It is consistent action, and it hits hard.  The violence is powerful and exciting from the opening scene to the final fight. The collateral damage of this films is huge, and the dangers of Kane’s world are never far off.  The effects are good not perfect, but are certainly believable enough to avoid being a distraction. The villains are fantastic, regardless of their scope.  Demented Warlords and possessed mercenaries show the humans to be as dangerous as the Devils and Witches that also threaten Kane throughout the story.

Overall, I had a great time with SOLOMON KANE, and it makes me anxious for two things. The first is for the revival of the Adventure genre, which I’ll admit seems rather unlikely…  The second is for James Purefoy to take his place as a badass marquee name, because he definitely carries this film, and is begging to be a Star.

I can’t wait for this film to get a full release, so I can force all my friends to watch it, and I really hope you will check it out as well, because I would love to see this movie turn into the franchise it could definitely be.