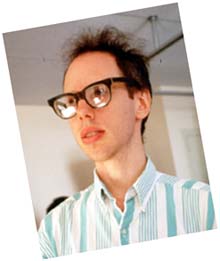 Ten years ago Todd Solondz won the International Critics’ prize at the Cannes Film Festival for his provocative Happiness. The film was highly controversial for its heavy sexual themes, especially its portrayal of Bill, a pedophile and rapist, as a three-dimensional human being with redeeming qualities. Life During Wartime revisits Solondz’s unsettling terrain with new maturity, a resurrection of its characters with different actors; Wartime can be viewed as a sequel to Happiness.

The film follows a group of people struggling to find a place for themselves in an unpredictable and volatile world. The past haunts the present and imperils the future: ghosts circle and loom, trouble and console. The question of forgiveness and its limits threads throughout a series of intersecting love stories, offering clarity and possibly alternatives to the comforts of forgetting.