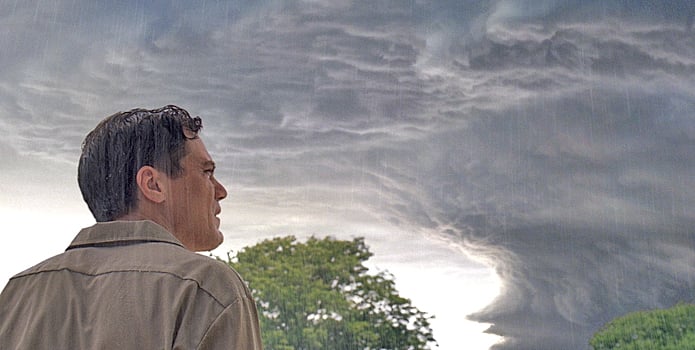 The schedule for the Toronto International Film Festival will be released this Tuesday morning, and I’m trying my best to finish this list before then. There are simply too many films I want to see and choosing between them isn’t easy. Here is the next five most anticipated films from this year’s slate. Mary Harron (American Psycho) is ready to rock for her big screen adaptation of Rachel Klein’s The Moth Diaries, at the Toronto International Film Festival next month. The Moth Diaries stars Scott Speedman, Lily Cole, Sarah Gadon and Sarah Bolger (the little lead girl from In America all grown up). It is always great to support Canadian filmmakers, and since she is from Ontario, I have to place her movie on my must see list.

Synopsis: At an exclusive girls’ boarding school, a sixteen-year-old girl records her most intimate thoughts in a diary. The object of her growing obsession is her roommate, Lucy Blake, and Lucy’s friendship with their new and disturbing classmate. Ernessa is a mysterious, moody presence with pale skin and hypnotic eyes. Around her swirl dark rumours, suspicions, and secrets as well as a series of ominous disasters. As fear spreads through the school, fantasy and reality mingle. What is true and what is dreamed bleed together into a waking nightmare of gothic menace, fuelled by the anxieties, lusts, and fears of adolescence. While many Film Festivals hope to land a few big movies, this year’s Toronto International Film Festival is an insane lineup that’s loaded with not only Hollywood fare but strong indie features. I not only consider British filmmaker Steve McQueen’s 2008 debut film Hunger to be one of the best of that year, but also of the decade, so it is no secret that I am highly anticipating McQueen’s new film called Shame. The sex-driven New York City drama stars Michael Fassbender (also from Hunger) as Brandon, a man living in New York who is unable to manage his wild sex life. Now I’m sure that the ladies and gay men out there will appreciate Fassbender in the role. Director Pedro Almodovar and actor Antonio Banderas are no strangers to each other. The pair have worked together in some of Spain’s most critically acclaimed films of the past twenty years. Their latest pairing The Skin I Live In made it’s World Premier at Cannes in May, and will screen at TIFF next month before its November release in the US.

Take Shelter won over audiences at Sundance and Cannes earlier this year making it quite the calling card for Austin filmmaker Jeff Nichols. In his second collaboration with Michael Shannon following Shotgun Stories, Nichols has written a role tailored to the actor’s talents in Curtis LaForche. Plagued by a series of apocalyptic visions, a young husband and father questions whether to shelter his family from a coming storm, or from himself.

Michael Winterbottom is the prolific English filmmaker who has directed seventeen feature films in the past fifteen years, three of which (Welcome to Sarajevo, Wonderland and 24 Hour Party People) were nominated for the Palme d’Or at the Cannes Film Festival. Well as expected he is back at TIFF and a trailer has dropped for his latest dramatic endeavour ahead of its Toronto premiere next month.

Synopsis: Based on Thomas Hardy’s classic novel Tess of the D’Urbervilles, Trishna tells the story of one woman whose life is destroyed by a combination of love and circumstances. Set in contemporary Rajasthan, Trishna (Freida Pinto) meets a wealthy young British businessman Jay Singh (Riz Ahmed) who has come to India to work in his father’s hotel business.

After an accident destroys her father’s Jeep, Trishna goes to work for Jay, and they fall in love. But despite their feelings for each other, they cannot escape the conflicting pressures of a rural society which is changing rapidly through industrialization, urbanization and, above all, education. Trishna’s tragedy is that she is torn between the traditions of her family life and the dreams and ambitions that her education has given her.