I recently posted my list of my 25 most anticipated films of the Toronto International Film festival. A few names on the list were obscure but I also included some relatively mainstream movies that not only have a distributor, but also a release date scheduled sometime this year (Drive, A Dangerous Method to name a few). If I could I would see every film screening at TIFF, but unfortunately that is impossible to do in ten days. So here are ten films which can look very promising, either because of the filmmaker involved or simply based on the buzz it has already received from Venice and Cannes. 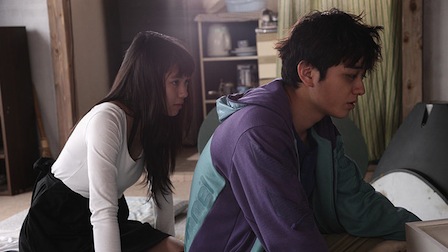 I’ve been a huge fan of Sion Sono for quite some time. In 2001 he wrote, directed and shot (in two weeks), his most successful movie to date: Suicide Club, a disturbing thriller about Japan’s incredibly high suicide rate. It won the Groundbreaker Award and the Most Groundbreaking Film jury prize at the Fant-Asia Film Festival, also known as the Sound On Sight staff’s favourite film fest. In 2008, the director released his masterpiece, the ever popular Love Exposure, winning many awards and positive reviews in the diverse film festivals around the world, and landing on our list of best films made in the aughts. So needless to say we follow his footsteps very closely. 2011 has been a busy year for the Japanese filmmaker. His Guilty Of Romance debuted in Cannes earlier this year, while his Himizu premiered in Venice. Sadly the former won’t screen at TIFF but the latter will, and you can bet that someone on the SOS team will be writing a review. A 7-minute clip from Himizu has become available, and you can watch it below.