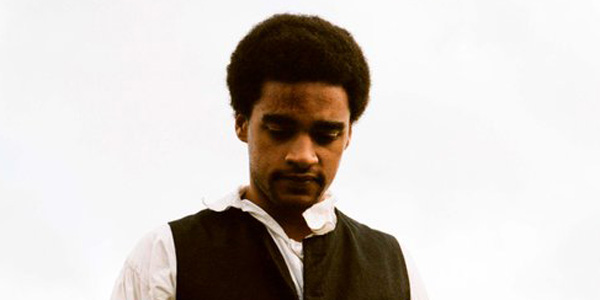 Andrea Arnold’s Wuthering Heights is an absolute gem of a film. Of all the adaptations I’ve seen of Emily Brontë’s masterpiece, this has come the closest to capturing the destructive passion and stark emotional cruelty of that novel, and perhaps the only to truly add to the experience in the course of adaptation. It is cinematic poetry. It is a visceral torment. It is not to be missed.

In order to imagine this film, forget every period romance you’ve seen. Forget the immaculate theatrical costume. Forget elegant and exacting classical scores. Forget lyrical and layered BBC English. Forget it all. The cast of Wuthering Heights dress like rain-sodden farmers. The score is wind, rustling grass, and barking dogs. Words are few and precious. This is a film meticulous in its realistic portrayal of nineteenth-century English life—but it casts a poetic eye and ear to nature. It is Caspar David Freidrich’s Wanderer Above the Sea of Fog transmuted to the screen and accompanied not by an orchestra, but by wind, rain, and silence.

Cinematography and sound design make this film compelling. Arnold has an eye for the most intimate and unassuming details of life: tangled hair, quivering animals soon killed, buzzing moths, a spit-drenched tongue tenderly lapping oozing blood, rich earth, and the neck of a dead goose, wobbling as it is plucked. The experience is only enhanced by the film’s singular attention to sound design. Characters focus on sounds until they become deafening; the tapping of a branch on a window becomes a crashing, the rattling of a moth crawling on a window becomes echoing, and the sound of tousled hair on the wind becomes overwhelming. Wind and silence form the rhythm of this film; after all, heights can hardly wuther without the wind. When I experience Wuthering Heights once more, I will shut my eyes and listen to the entirety of the film.

The plot (which only concerns itself with the first half of the novel) wends and ebbs, surrendering time to theme and character. The cast are frequently silent, entirely capable of showing us the emotions lurking beneath a surface that only cracks for the great and terrible cruelty of this story. These are not the popularly stereotyped heroic, romantic, and simpering Heathcliff and Catherine Earnshaw, as imagined by the barely literate and entirely delusional.  Arnold’s characters are steeped in great violence and greater psychological torment, relentless and riveting, gnawing away at the very comfort and safety of the audience.

I suspect that Wuthering Heights is too long for some people, but I also suspect that said people will not be interested a film adapted from Victorian literature anyway. It is their loss. Finally, the popularly imagined romantic period is rescued from trite sentimentality and reimagined as a kind of cinematic Sturm und Drang. Andrea Arnold has put the blood back into Brontë. This is not only a gorgeous film; Wuthering Heights is an essential film.