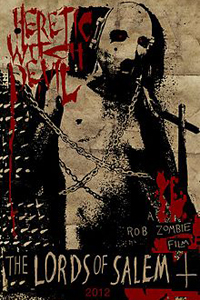 God hates the Lords of Salem. With the divisive Rob Zombie’s hits blasting through midnight at the Ryerson theater to the banging heads of many a face-painted devotee of the rocker/filmmaker, it is difficult to believe one is in the same location that housed premieres for such pictures as Noah Baumbach’s quaint, Allen-esque French New Wave throwback Frances Ha not one week prior. Zombie himself introduces the film with a  sarcastically modest joke before announcing, “Let’s watch. F– yeah, Satan!”

Zombie is an artist born to the fight the system. With Lords he has worked far enough outside that system the production has been something of an enigma, with few detailed promises for its results outside a meager smattering of set photos implying an utterly guts-out romp through its creator’s more hellish fantasies. Alongside Ken Foree, Judy Geeson, Zombie doppelgänger Jeff Daniel Phillips and many others including the legendary Udo Kier who did not make final cut, Sherri Moon-Zombie plays Salem radio DJ Heidi, who receives an ominous record with supernatural powers and is subsequently led down an increasingly horrific path of demonic visions and much more. 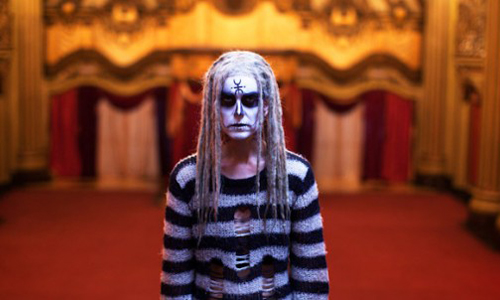 Rooting his plot catalyst in a song’s sinister effect, Zombie taps in to certain perceptions of his own music, particularly his occasional, relatively less accessible intro or extro track that does seem to conjure evil in any given venue. With these tracks Zombie takes his post-Alice Cooper shock schtick to genuinely frightening levels, and similarly Lords is far and away his most genuinely frightening film thus far, if not his only as the overall superior Rejects films, for example, aren’t particularly “scary”, per se.

More than the aura of his own music, Zombie brings big vibes of ’70s horror classicism to his project. All the key narrative elements are firmly in place, aided by Shining-like day-of-the-week title cards and a palpable Polanski style to the point that the proceedings can be tidily summed up as “Rosemary’s Baby on steroids (featuring the witches of Macbeth, to boot)”, and its plot points often rely on the audience’s familiarity with Polanski’s work. Mixed with what is a more metal-hipster than redneck version of the usual supporting characters, this can make for an awkwardly inconsistent tone, but that strong-armed tone soon grows so oppressive one hardly notices these blips. 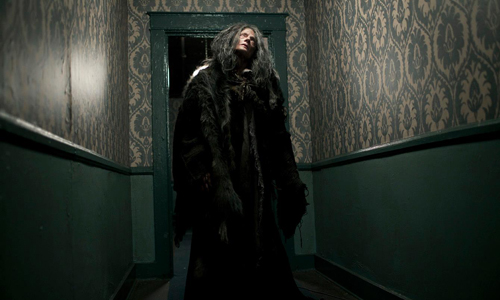 Reaching the ultra-obscure side of the spectrum to illustrate just how far out Zombie has gone here, the design and meticulously symmetrical tableau vivant composition at hand is structurally evocative of films such as Sergei Parajanov’s Shadows of Forgotten Ancestors (to name just one essential example). Considering this stylish choice’s brief appearance in Halloween 2, it seems safe to say this is a new trend for Zombie, and something we can fortunately anticipate in future works.

When Sound on Sight inquired about the style’s increased use, Zombie – following another winning sarcastic quip – stated he feels “too many movies look like TV shows.” Unless Zombie was deliberately playing coy during this post-show Q&A (a la the aforementioned and also hilarious Baumbach, in fact), it would seem these apparent correlations to Parajanov, et al., are merely coincidental. Outside the unmistakable Polanski-isms this is, apparently, all Zombie’s vision – for better or for worse perhaps his most galvanized yet.

Yet another departure indeed, Lords does feature many signatures fans will eagerly look for and respond to, and for as deadly serious as it becomes it is sure to spare ample time for pitch-black comic relief. Definitively shameless, however, it is positioned to make or break even the die-hards. According to one enthusiastic (and somewhat befuddled) moviegoer, upon turning to look inquisitively at Zombie in the audience during one particularly insane sequence, the director looked back with a satisfied expression conveying, “Oh yes, I am that damn twisted.”

Learn more about The Lords of Salem at TIFF 2012 here and the Toronto International Film Festival here. 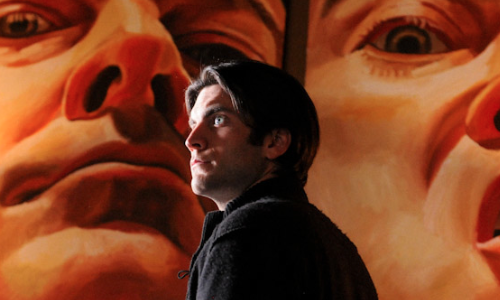