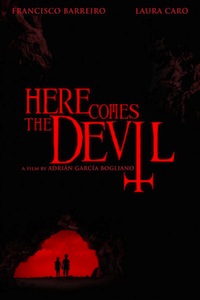 As with any substantial festival, TIFF 2012 has seen its fair share of horror – much of it managing to fly just below the radar in comparison to the generous heaps of higher profile, star-powered festival juggernauts. Making comfortable landfall somewhere between the no-nonsense approach of Aftershock and the distant outfield plays found in The Lords of Salem is the crowd-pleasing but never simple Here Comes the Devil, the tenth directorial feature from Adrián García Bogliano (who also comes to Toronto with a segment in The ABCs of Death).

An astutely conceived script sees Felix and Sol’s two children go missing in a secluded cave near Tijuana. The ensuing search turns up local legends and local weirdos – no small helping of MacGuffins – and eventually the children, who appear morosely altered somehow. The parents attempt to understand and make right their family’s new predicament, encountering a mounting mystery that seems to wind down supernatural caverns. We are always fairly sure of this mystery’s direction, though informative misdirections are amply calculated to keep us intrigued until the last.

Here Comes the Devil sets itself apart from many contemporaries with confident, slow-boiling camerawork and a practically self-parodying sense of humor that rigidly accentuates certain shots, allowing us to laugh with moments of deliberately hackneyed narrative progression before the events at hand become entirely too malevolent for laughter. The whole is bedded in a swelling cacophony of unsettling, William Malone-esque sound effects and rooted by the desperately concerned and increasingly disturbed performances of Francisco Barreiro (Felix) and Laura Caro (Sol). 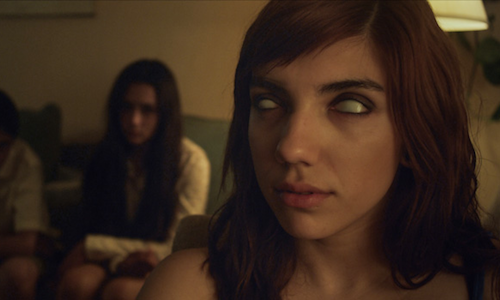 Not to be neglected, herein lurks a stress on the interpretation of sneaking thematic angles as opposed to the distinct showing or telling of them. The piece thrives on Catholic fear, with recurring instances of immoral sexual awakening proving catalytic for many a demonic deed. Commencement of menstruation, non-consensual loss of virginity, homosexual experimentation and the recounting of early sexual encounters being used to arouse against one’s conscious will coincide with the unleashing of Santeria-like evils – evils only cracking the ice of this chilly rabbit hole.

2012 TIFF-goers may appreciate the statement that Here Comes the Devil is an “Uncle Marty” effort in the sense that it’s a little movie that can. The intense if not finely tuned film delivers enough contemporarily core horror values in the way of skin-crawling gore and titillating nudity while rarely if ever forgoing more crucial aspects that provide the actual horror. Bogliano is no rookie, and if awarded access to greater production value could truly arrive on the international scene with a similarly inspired feature. 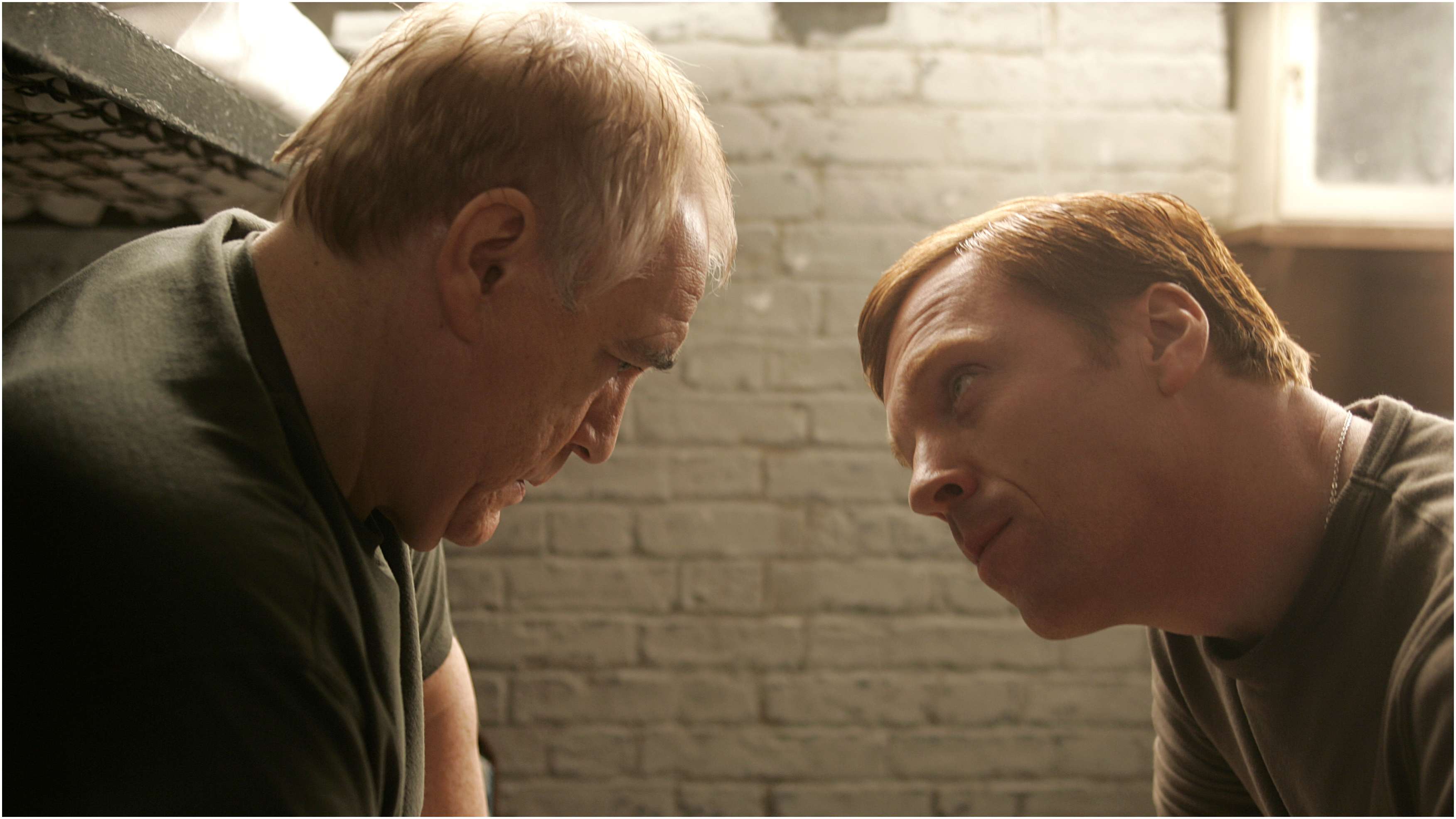