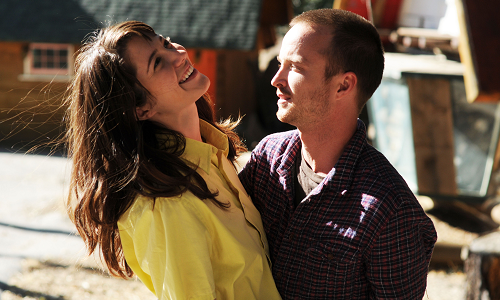 Mary Elizabeth Winstead has built up an impressive resume of supporting roles over her career, having worked with directors as varied as Quentin Tarantino and Edgar Wright. Having garnered praise for her turns even in movies that received lacklustre reviews as a whole, it was only a matter of time until she was given the weight of a movie to carry on her own, which ended up being director and co-writer James Ponsoldt’s Smashed. Aaron Paul, who has wowed audiences and critics alike as Jesse Pinkman on Breaking Bad, plays co-lead with Winstead, and Nick Offerman, Megan Mullaly, Octavia Spencer, and Kyle Gallner round out the cast. Following the release of numerous clips last week, a full trailer has now been made available, and can be seen below.