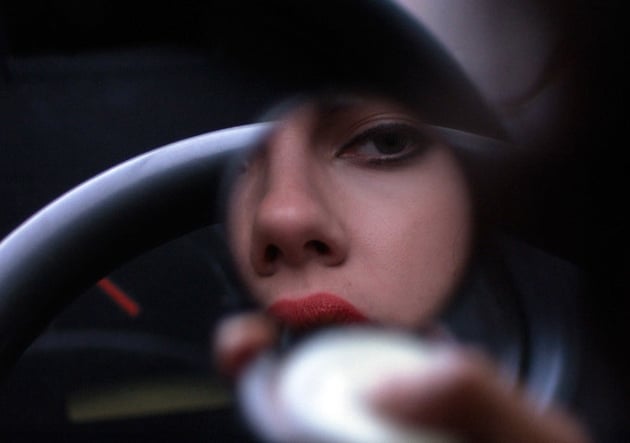 Having initially shot nearly two years ago in Scotland, the first footage of Jonathan Glazer’s new effort Under the Skin has finally been released. His follow-up to 2004’s Birth, the film is based on Michel Faber’s novel of the same name, and focuses on an alien (Scarlett Johansson) sent to Earth to seduce and prey on unwary souls in the highlands. Glazer’s filmography also includes 2000’s Sexy Beast and some of the most acclaimed music videos and commercials of the 1990s. The Film4 production co-stars Paul Brannigan (The Angels’ Share) and will play the Toronto International Film Festival in the coming weeks.

Early press screening responses from Telluride have suggested Under the Skin bears stylistic similarities to Nicolas Roeg’s adaptation of The Man Who Fell to Earth and Claire Denis’ Trouble Every Day; the DNA of both directors can definitely be felt in the moody assortment of clips you can watch in the video below.