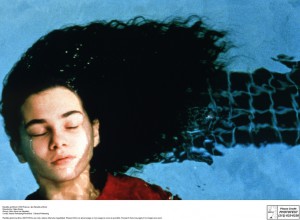 The plot is focused on the burgeoning relationship between the siblings, but it’s undeniable that Denis shot this film with the intention of painting a picture of everyday people. Being a slice-of-life movie helps illustrate the commonality of the siblings’ issues, more or less so as to get across that everyone encounters similar problems. The film is shot well and is full of visual metaphors that do more than just add to the plot. The writing holds up too; not quite brilliant by any stretch, but it certainly has its share of clever quips. 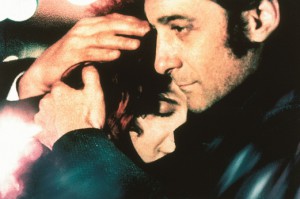 What do you give a woman who wants nothing but to be left alone? Company strangely, as Claire Denis argues in this romantic drama. Laure, a character we know little about other than that she’s moving in with her boyfriend and is utterly bored with life,  is stuck in traffic one night when she picks up a stranger named Jean. The two have a night of romance and mystery that leads to some polarizing situations.

Vendredi soir is very minimalist, providing only small bits of dialogue to complement the scenery. It’s also a slow-paced and contemplative film, often taking its time to soak up the tone and atmosphere. For some, the pacing will feel off and the ending a tad less obvious than desired, but for those willing to contemplate alongside the film, neither of those aspects should stop you from enjoying this ride. 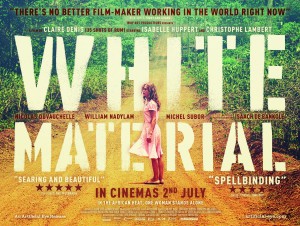 Set amidst a burgeoning civil war in  post-colonial Cameroon, White Material examines French plantation owner Maria Vial clinging on to her land in the hope of preserving her status and family life. While most of the locals flee their homes and jobs, displaying desperation to survive, Maria remains, desperate to preserve her way of living. Only when the war comes literally close to home does she begin to realize her empire had fallen long ago.

Certainly one of Denis’ more poignant films, White Material highlights the effects of continued colonialism in post-colonial Africa. The film doesn’t take a clear side on the war; instead, it looks at how different people react to it and transform thanks to the war’s erosion of the human spirit.

For anyone interested in seeing these titles and more of Claire Denis’ works,  look into the Cinema of Claire Denis season running until November 10th at the TIFF Lightbox. Denis will be taking part in Q&A’s for both a remastered version of the film Touki Bouki on October 17th, 6:45pm, and her new effort Bastards on October 18th, 6:30pm.

Also for anyone interested in a quick, concise review for Bastards please read John Oursler’s capsule review. He’s got a really clear understanding of Claire Denis’ works and how Bastards is quite the unique project for the director.

See here for the full schedule 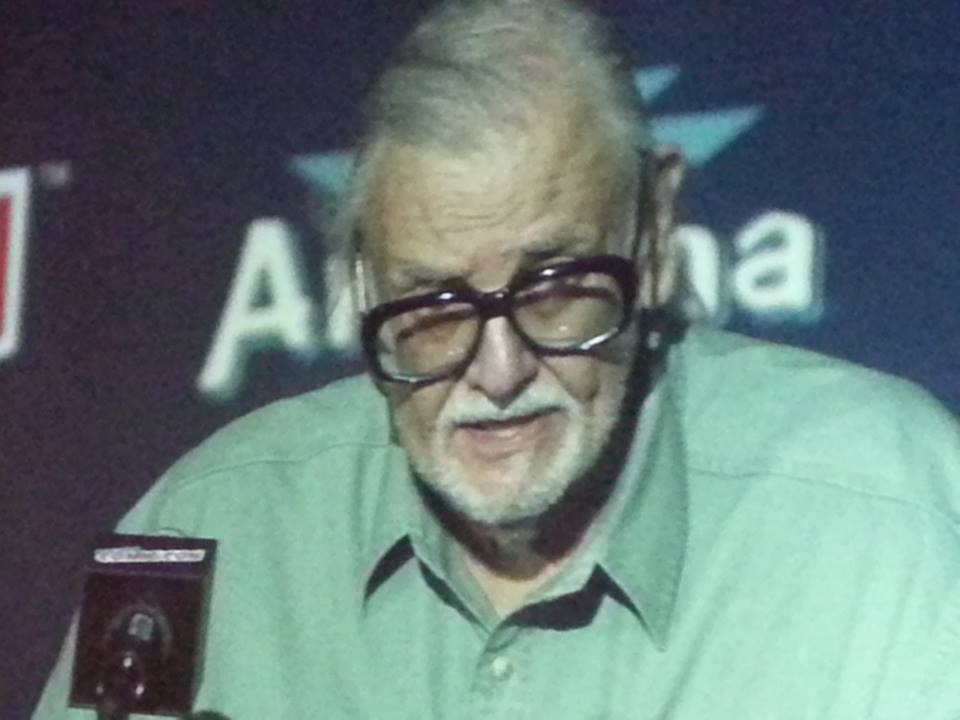