Home
Entertainment
TIFF Cinematheque presents a Summer in France: ‘The Mother and the Whore’ is uncompromising in recreating the frustrating banality of life
Prev Article Next Article 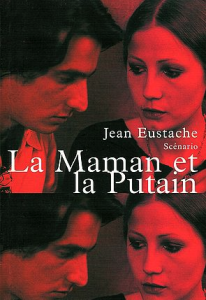 The Mother and the Whore

Meet Alexandre (Jean-Pierre Léaud); Alexandre loves to smoke, drinks nothing if it isn’t spiked with alcohol, and spends much of his waking existence reading newspapers and ogling women; doing all the aforementioned while languidly sitting in Parisian cafés.

He is chauvinistic, self-absorbed, lazy, unemployed, casuistic, and painfully pretentious. He talks a great deal, and listens on occasion, but above all, Alexandre carries an air of self-satisfaction and snarky didacticism with him wherever he goes.

In summation, he’s Parisian; or what foreigners believe Parisians to be.

In Jean Eustache’s The Mother and the Whore, Alexandre is the film’s focal character, but also a stereotypical one. Hedonistic to a fault, Alexandre is the typical apparition of the envisioned Frenchman, the manifestation of our fanciful notions.

He is the man that indulges in the sensual pleasures of life without encountering any responsibility or reproach. In the film, Alexandre lives with his main squeeze, Marie (Bernadette Lafont). She’s known as the main squeeze because Alexandre has many others.

They inhabit an open relationship, where they are both free to see other people, a fact that Alexandre often exploits. He regularly engages in amorous liaisons with strangers and ex-lovers, usually to Marie’s approval and behest.

He meets a woman named Veronika (Françoise Lebrun), an unabashed and beautiful nymphet. He spends most days with her, while spending most nights with Marie. His life is copasetic, a fantasy of a postmodern lifestyle that we attribute only to the French.

People also have a similar impression of Alexandre’s Paris, the idyllic and enlightened beacon of Western civilization. Paris is supposed to be the place where culture thrives – where the appreciation for literature, cinema, art and good music are prerequisite for citizenship.

We tend to see the city as the pinnacle of existence, as the bane to those that aren’t participants; the way Owen Wilson in Woody Allen’s Midnight in Paris sees it. Mr. Eustache, however, portrays things differently.

In The Mother and the Whore, Paris is, dare it be said, boring. Set mostly on the sidewalk patios of Parisian cafés and in the confines of unkempt apartment flats, the film never captures the supposed grandeur or the electricity of the city.

Paris is depicted as a place where people pretend to read, where people gossip rather than philosophize, where people are content to reference movies instead of talking about them, and where people spend an exorbitant amount of time on the telephone.

Where is the culture? Why isn’t anyone talking about Dali, or arguing over Renoir, or discussing Proust? Alexandre spends most of the film on his arse, smoking a cigarette, drinking whiskey, and talking absolute twaddle. Paris is the alleged muse to countless artists, but Alexandre’s life is purely uninspired. Such is Mr. Eustache’s intentions.

Although, on the surface, the story seems to be about an unconventional ménage à trois, The Mother and the Whore is really a subversive take on France as a whole. The film is Mr. Eustache’s expression of the disillusionment following the failure of May ’68, an event mentioned several times throughout the story.

For those unaware, France held a monumental student-protest-inspired general strike in May of 1968 to try and challenge President Charles de Gaulle’s government. Involving more than 22% of the country’s population and lasting for two continuous weeks, the strike brought France to a virtual standstill.

The movement gained so much traction that government officials feared an impending revolution or civil war, prompting de Galle to flee to a French military base in Germany. But the cloudburst of protests dissipated almost as quickly as they sprung up, and when a general election was called in June of 1968, de Galle’s party emerged stronger and with more resolve than they had before.

Idealists in the country finally saw the world through the eyes of pessimists. They finally realized that the idealistic lessons they were taught as a kid, of how you can change the world if you fought hard enough, were all lies. They finally realized that one person’s acumen and resolve couldn’t stand up to another’s apathy; so why bother trying. Just ask a member of the Occupy movement, they’ll tell you all about it.

To visualize the fall of ideals and the birth of ambivalence, Mr. Eustache chose to turn Paris from an ethereal visage of culture, promise and inspiration to one of indifference, languor and blasé faire.

He further manifests these ideas by applying them to Alexandre’s relationships. Firstly, despite all the sexy potential he has with his affair with Veronika, they don’t really have all that much sex. The two spend most of their time sitting and talking, talking and sitting, often about sex.

They few instances where they do have sex are devoid of eroticism and passion. This sabotages our perception of what a ménage à trios is, stripping the idea of all its lubricious appeal.

Secondly, it shatters the delusion that a mutually understood dynamic of this nature could exist in the first place. Veronika, for obvious reasons, is the film’s titular ‘whore’. Presented as a simple sex object for Alexandre, she actually has more depth and nuance to her character, revealing herself to be as interested in love as she is for sex. She changes from being an object to a person, one that Alexandre become smitten with.

Marie is the ‘mother’ because, when she realizes that Alexandre’s liaison with Veronika has deeper implications, becomes possessive, overbearing, and pedantic.

Suddenly, Alexandre’s perception of the two women has changed. Marie is no longer the open-minded person he once thought she was, and Veronika is no longer the no-strings-attached dalliance. This complicates things to say the least.

At well over 200 minutes, The Mother and the Whore pushes the boundary for patience in most viewers, but those willing to stick with it will find a truly unique and peculiar experience. Unlike Godard’s Pierrot le Fou, which touches on similar themes but with a knowing sense of escapism, The Mother and the Whore is uncompromising in recreating the frustrating banality of life. One may feel bored, exasperated and a tad forlorn, but as Mr. Eustache might say, “c’est la vie”.

The Mother and the Whore is a part of TIFF Cinematheque’s ‘Summer in France’. For more information and tickets, please visit the official website