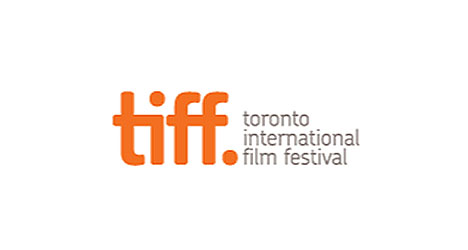 The popular, iconoclastic midnight program at the Toronto International Film Festival has announced some new editions to this year’s lineup. The program which highlights the weird and the wonderful, includes thrillers, chillers and rockumentaries from directors who prefer to work in genres not usually seen in a festival context. Last night programmer Colin Geddes revealed three of this year’s Midnight Madness films via Twitter. The full MM lineup was announced today. Here is the complete list. 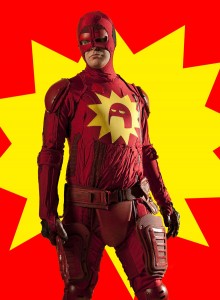 Super is the upcoming American dark comedy directed and written by James Gunn (Slither). The film stars Rainn Wilson, Liv Tyler and Ellen Page, but being a low-budget independent project, everyone involved in the film was paid scale.

Frank (Rainn Wilson) is an average guy who transforms himself into superhero The Crimson Bolt after his wife Sarah (Liv Tyler) hooks up with a smooth-talking drug dealer, Jacques (Kevin Bacon). What Frank lacks in superpowers, he makes up for with a trusty wrench in his one-man war on crime. But every superhero needs a sidekick. Enter Libby (Ellen Page), a cute psychopath working at the local comic book store.

James Gunn had this to say at www.atomicpopcorn.com :

“My movie Super is really not a superhero movie. It’s a movie about a human being, who is flawed, and it’s about having faith. And what exactly is faith? What exactly is insanity? That’s what it’s about. It’s an independent film, low-budget, and the actors that are doing it because they like the characters and they’re doing it for scale … it’s really not a superhero movie. That’s just sort of the icing on the cake. 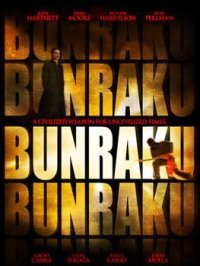 Bunraku is an upcoming martial arts live action/animation hybrid film noir that revolves around a “Man with No Name” stock character known as ‘The Drifter’. This classic tale is re-vitalized and re-imagined with shadow-play fantasy. The world of Bunraku is past and present, fantasy and reality, Samurai and Western all combined. Like Sin City and 300, it gives classic conflict a new graphically supercharged dynamic.

Directed by Guy Moshe from his own script, the title of the film is based on a 400-year-old form of Japanese puppet theater, a style of storytelling that uses 4-foot-tall puppets with highly detailed heads, each operated by several puppeteers who blend into the background wearing black robes and hoods.

A mysterious drifter (Josh Hartnett) and an ardent young Japanese warrior on a mission both arrive in a town that is totally terrorized by outrageous and virulent criminals. Each obsessed with his separate mission; the two eventually join forces to bring down the corrupt and contemptuous reign of Nicola, the awesomely evil “woodcutter.”

The Butcher, The Chef and The Swordsman (aka Legend of the Kitchen Knife)
Directed by Wu Ershan

This martial-arts comedy stars Ando Masanobu, Ben Chang You and Kitty Zhang, and was the last of last of the Midnight Madness films announced on Twitter last tonight by programmer Colin Geddes.

A group of misfits become mixed up in the struggle to own a deadly kitchen cleaver made from the top five swords of the martial arts world in this wild and brash action comedy that is sure to have audiences running to Chinatown after the film for a late night snack. 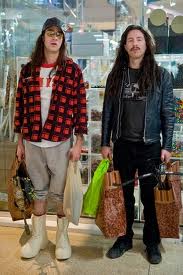 Fubar 2 the sequel to the 2002 cult hit Fubar was also announced to make it’s world premiere and open up the 2010 edition of Midnight Madness.

In Calgary, Terry (David Lawrence) and Dean (Paul Spence) are tired of barely scraping by. Their old buddy and “party leader”, Troy (better known as Tron) (Andrew Sparacino) gets them jobs in Fort McMurray. Flush with money and confidence, Terry starts dating Trish (Terra Hazelton), a waitress at the local strip bar. Dean plays up the part of the cancer survivor, and decides to defraud Workers’ Compensation. When Terry moves in with Trish, Dean does his best to save his friend from trading into a domestic lifestyle. 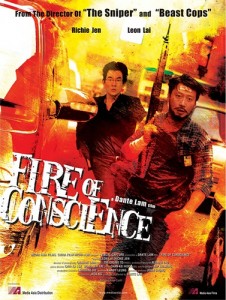 Dante Lam proves himself to be a talent to look out for in this slam bang action film where robbers and gunrunners battle with cops on the busy urban streets of Hong Kong. Starring Leon Lai, Fire of Conscience is easily one of loudest action films from Hong Kong in recent memory, with an orchestra of exploding grenades and machine gun rounds.

Synopsis:
When proud parents take possession of an old house, an accident results in one of their sons falling into a coma. The tragedy doesn’t stop there when they are beset by vengeful spirits from another realm in this new chiller by the director and writer of Saw and by the producers of Paranormal Activity. The film stars Rose Byrne, Barbara Hershey and Patrick Wilson.

This shocking debut by director duo Carbon and Courtiaud is a seductive cat-and-mouse thriller set in Hong Kong, about a woman’s obsessive desire to own a rare object that hides a deadly and perverse secret. 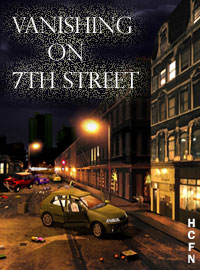 When a massive power blackout causes the population to inexplicably vanish, a small handful of survivors (Hayden Christensen, Thandie Newton, John Leguizamo) band together inside a desolate tavern, struggling to survive as the darkness hones in on them. From director Brad Anderson (The Machinist, Transsiberian) comes an apocalyptic thriller with a terrifying vision of our world’s end and a story that wrestles with the nature of existence itself.

Synopsis:
Acclaimed director John Carpenter (Halloween, The Thing) makes his long-awaited return to the screen with a thriller about a young woman (Amber Heard) in a 1960s mental institution who becomes terrorized by malevolent unseen forces. 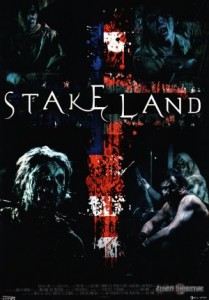 Synopsis:
In the aftermath of a vampire epidemic, a teen is taken in by a grizzled vampire hunter on a road trip through a post-apocalyptic America, battling both the bloodsuckers and a fundamentalist militia that interprets the plague as the Lord’s work. 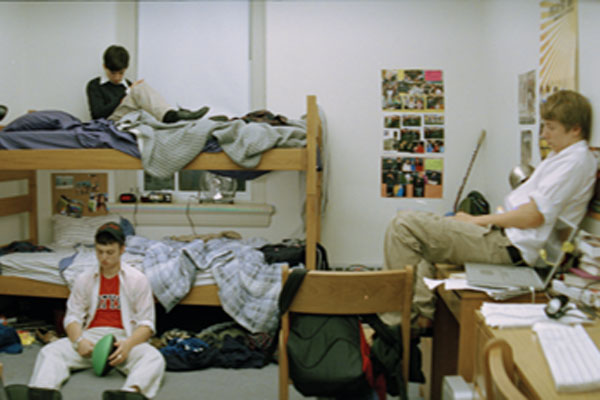