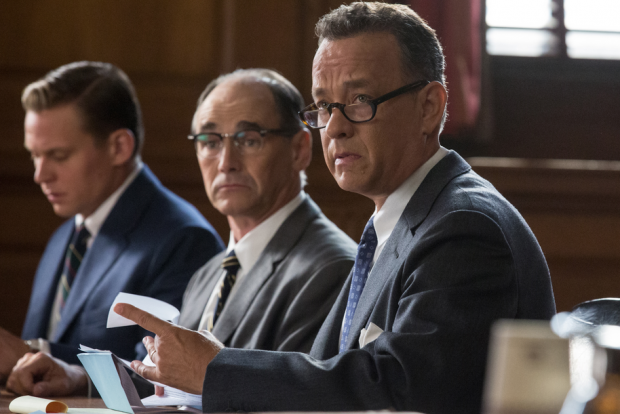 In the film, Hanks plays an American lawyer who is recruited by the CIA during the Cold War to help rescue a pilot detained in the Soviet Union.

It looks like Spielberg will be at the top of his game again with this film playing at the New York Film Festival very soon. Hanks has the potential to be a Best Actor nominee once again with Amy Ryan possibly grabbing some attention as his wife.

Bridge of Spies opens on October 16.