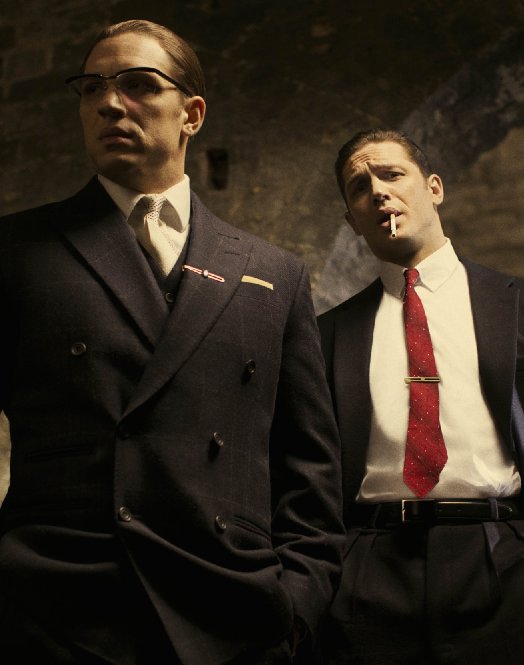 Tom Hardy’s last acting challenge was acting entirely by himself for an entire movie while driving a car in 2014’s Locke. But now Hardy is doubling down on that challenge by starring as a set of twins in Brian Helgeland’s (L.A. Confidential, Mystic River) gangster drama Legend.

Based on the ’50s and ’60s organized crime wave of The Kray twins, Reggie and Ronnie, Legend documents their rise to power and their rein of terror as night club owners and celebrity gangsters. In addition to their identical appearance, Ronnie Kray also suffered from paranoid schizophrenia, so there’s certainly a lot of meat here for Hardy to bite off. Here’s the official synopsis:

From Academy Award® winner Brian Helgeland comes the true story of the rise and fall of London’s most notorious gangsters, Reggie and Ron Kray, both portrayed by Tom Hardy in an amazing double performance. LEGEND is a classic crime thriller taking us into the secret history of the 1960s and the extraordinary events that secured the infamy of the Kray Twins. In cinemas September 11.

Helgeland previously wrote and directed the Jackie Robinson biopic 42. And in case you were wondering, that awesome use of a song during the film’s trailer is Roy Orbison singing “Running Scared.” Legend opens in theaters September 11 and also stars Emily Browning, Taron Egerton, and David Thewlis. Watch the trailer below: