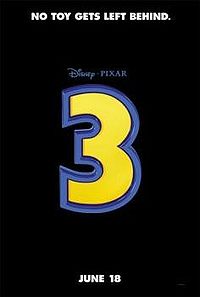 The second trailer for Toy Story 3 has been released. The third installment in the series is scheduled for release on June 18, 2010, in the United States. Lee Unkrich, who edited the previous films and co-directed the second, takes over as director. Jim Herzfeld wrote a script which focuses on the other toys shipping a malfunctioning Buzz to Taiwan, believing that he will be fixed there. While searching on the Internet, however, they find out that the malfunctions are happening to many toys around the world and the company has issued a massive recall. Fearing Buzz’s destruction, Woody, Rex, Slinky, Mr. Potato Head, Hamm, Jessie, and Bullseye venture to rescue Buzz. At the same time Buzz meets other toys from around the world that were once loved but have now been recalled