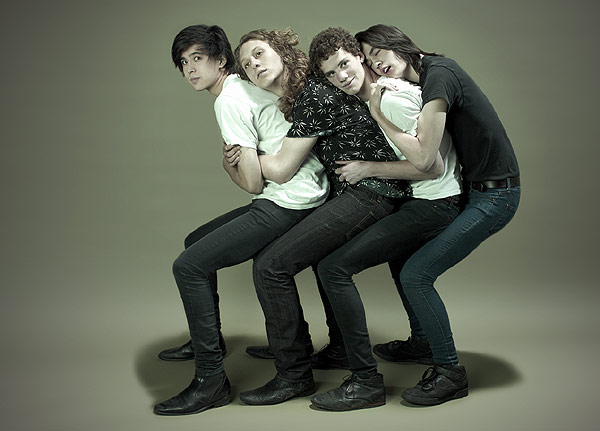 Listeners of Sound On Sight Radio know that we love to play music in between film reviews. We often receive emails with listeners complimenting the music we play, and usually people ask for the names of the artists and songs. So based on listener feedback, I’ve decided to post something new on the site. Welcome to Ricky D’s track of the day. Every day, I’ll select one of my new favorite songs and once in a while I’ll play a classic, but always something most people probably haven’t heard of. In other words, I won’t be choosing anything too mainstream.

The track of the day comes from the Smith Westerns, an indie rock band from Chicago, Illinois whose musical influences include some of my all time favorites: David Bowie and Marc Bolan / T. Rex. It’s a home-brewed mixture of garage, glam, and punk. The song I chose, All Die Young comes from the group’s second album, Dye It Blonde. Released in January of 2011, it features drumming by Brian Chase of the Yeah Yeah Yeahs and John Eatherly of Turbo Fruits.