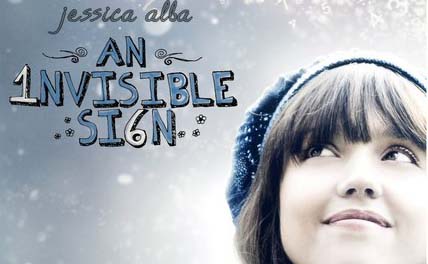 IFC Films just released a trailer for An Invisible Sign, the drama directed by Marilyn Agrelo, and based on the book by Aimee Bender. The film stars Jessica Alba, J.K. Simmons, Chris Messina, Sophie Nyweide and Bailee Madison. Here is the plot synopsis:

Young Mona idolizes her father, a brilliant mathematician. When he suddenly demonstrates signs of mental illness, Mona begins to obsess about numbers, using them to interpret an unpredictable and threatening world. Now an adult (Jessica Alba), Mona’s old superstitions and compulsive behaviors continue to flourish, but a new job as an elementary school math teacher (a position she both relishes and dreads), may force her out of her protective shell. With imagination and humor, as well as a special sensitivity to the realities of mental illness, AN INVISIBLE SIGN carries a magic all its own.