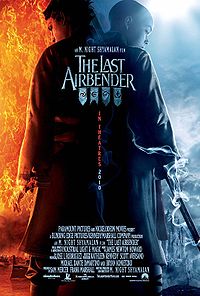 The epic new trailer for M. Night Shymalan’s live-action adaptation of Avatar: The Last Airbender, which aired during the Super Bowl is now available to view online. Will the film do justice to the phenomenal animated series, which was one of the best of the decade? Judging by this trailer’s heavy metal, martial-arts mayhem and impressive CGI, it’s a distinct possibility.

The original Avatar: The Last Airbender chronicled the development of Aang, a precocious, powerful monk charged with uniting the four elemental clans of Earth, Air, Water and the war-mongering Fire. The show seamlessly merged riveting action, ecological awareness, much-needed comedy and even some well-executed romance.