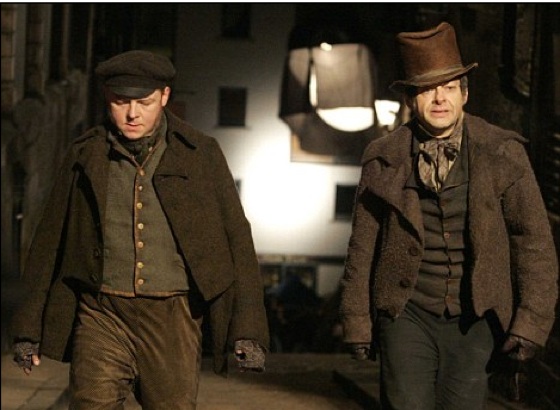 A UK trailer has been released for John Landis’ big screen comeback Burke & Hare. The director hasn’t helmed a theatrical film in years, and he’s finally decided to make a come back with this horror comedy starring Simon Pegg and Andy Serkis.

The film is based on a true story of the famous Burke and Hare murders (also known as the West Port murders). The pair were serial murders perpetrated in Edinburgh, Scotland, from November 1827 to 31 October 1828. The killings were attributed to Irish immigrants William Burke and William Hare, who sold the corpses of their 17 victims to provide material for dissection. Their purchaser was Doctor Robert Knox, a private anatomy lecturer whose students were drawn from Edinburgh Medical College. Their infamous method of killing their victims has come the word “burking”, meaning to purposefully smother and compress the chest of a victim.