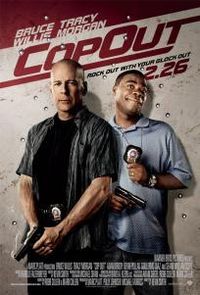 The comic book writer, author, comedian, and actor Kevin Smith just released the trailer to his new film Cop Out. The upcoming 2010 buddy cop comedy film is the first film Kevin Smith directed that he has not written. Instead brothers Mark Cullen and Robb Cullen (both of whom have worked with him in previous projects) are credited as writers which is pretty interesting considering Smith’s wiritng is unquestionably stronger than his directing skills. The film follows two veteran cops (Bruce Willis and Tracy Morgan) who are tracking down a stolen vintage baseball card. On the chase, they rescue Gabriela (Ana de la Reguera), dealing with gangsters and their money laundering.

Check out the official site!