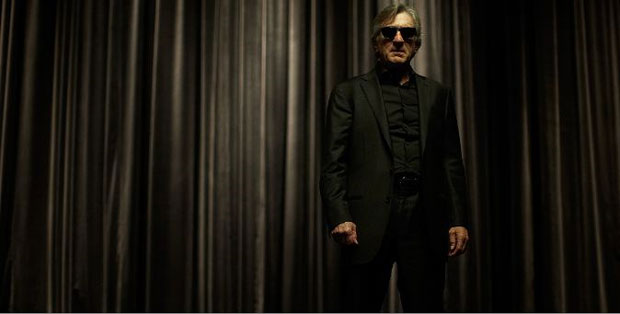 Last year, writer-director Rodrigo Cortés made a splash with his first English feature, the Ryan Reynolds vehicle Buried. Next year he’ll follow that up with the paranormal thriller Red Lights, which stars Robert De Niro and a hell of a supporting cast (including Toby Jones, Sigourney Weaver, Cillian Murphy, and about-to-be-ubiquitous Marthy Marcy May Marlene star Elizabeth Olsen). You’re lucky I was around to tell you that last part, friend, because none of those people figure into this first “teaser” at all. Instead, this first look at the film makes it seem as though it’s a movie-length simulation of sharing a hotel room with De Niro. Probably not what most audiences had in mind. Actually, here’s a real, if not terribly illuminating, synopsis, followed by the distinctly unhelpful teaser:

Centers on a psychologist, Margaret Matheson, and her assistant Sally Owen, whose study of paranormal activity leads them to investigate a world-renowned psychic.