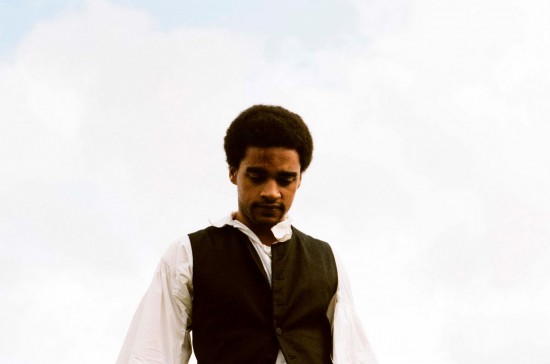 After retiring from her career as a television presenter, Arnold studied directing at the prestigious AFI Conservatory in Los Angeles and trained in screenwriting at the PAL Labs in Kent. She won the Academy Award for Best Live Action Short Film for Wasp, in 2005. Red Road is the first instalment of Advance Party, a planned set of three conceptually-related films by different first-time directors made my list of the best films of the decade – as did her follow up Fish Tank. Now she’s back taking on Emily Brontë’s classic novel while following her bracing portraits of female desire in her two previous works.

Dave Robson and I had a chance to catch the film at the Toronto Internaional Film Festival and we were both huge fans. Below are two captions from our reviews, as well as the first trailer. Enjoy!

Wuthering Heights has been adapted numerous times, with both Luis Buñuel and Jacques Rivette filtering the story through their own individual personalities and surroundings, and while Arnold’s work can’t be placed at the same level, her latest might just be her most mature yet, making Cary Fukunaga’s current (Charlotte) Brontë adaptation, Jane Eyre, pale in comparison. Like it or not, give credit to Arnold for adapting the original source material to her very own distinct vision, a visual poem that almost doesn’t feel like a period film at all… (read the full review)

Andrea Arnold’s Wuthering Heights is an absolute gem of a film. Of all the adaptations I’ve seen of Emily Brontë’s masterpiece, this has come the closest to capturing the destructive passion and stark emotional cruelty of that novel, and perhaps the only to truly add to the experience in the course of adaptation. It is cinematic poetry. It is a visceral torment. It is not to be missed… (read the full review)