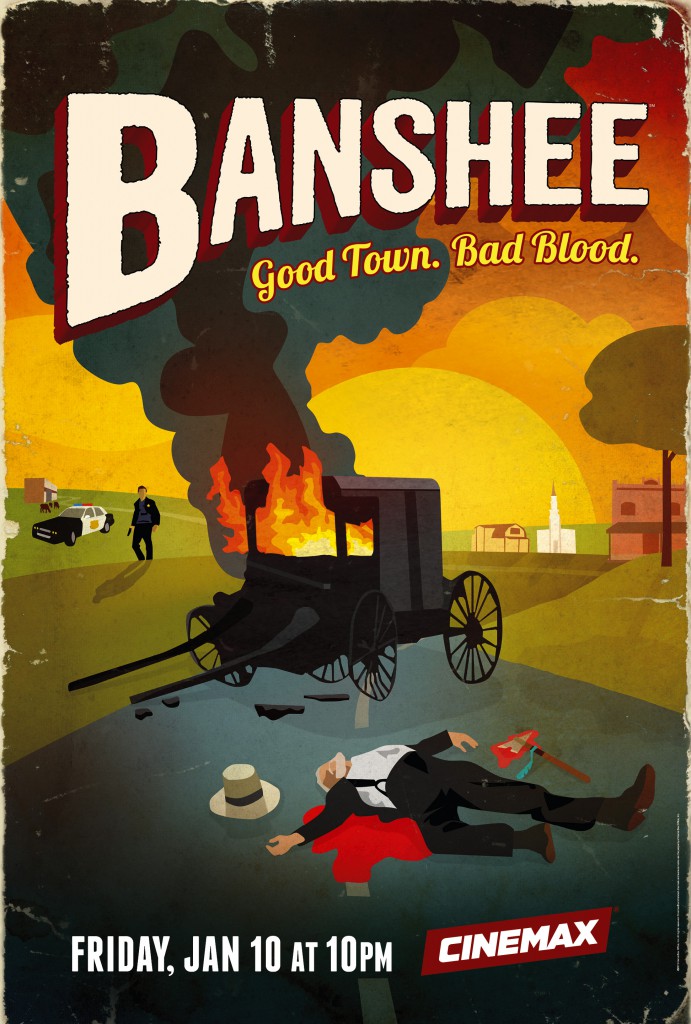 Banshee first aired on Cinemax on January 11, 2013, as part of the station’s drive to develop original content. The American drama created by Jonathan Tropper and David Schickler, who serve as executive producers along with Alan Ball (Six Feet Under), is set in a small town in Pennsylvania Amish country and features an enigmatic ex-con who has assumed the identity of a murdered sheriff. He imposes his own brand of justice while also cooking up plans that serve his own interests.

The first season left viewers with quite a cliffhanger and so fans will be happy to know that the series which was renewed, as released the first trailer for the 10-episode second season, which is set to premiere in 2014. New guest stars include Zeliko Ivanek as an FBI agent, Tatanka Means as Alex Longshadow’s head of security and Julian Sands as Rabbit’s younger brother. Banshee returns to Cinemax Friday, Jan. 10 at 10 p.m. ET/PT. Watch the trailer below. Enjoy!