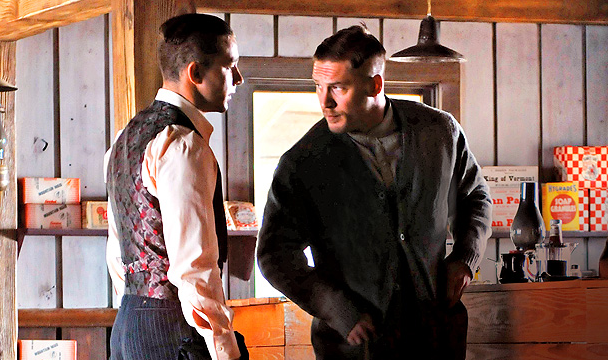 John Hillcoat started his career has the producer of two celebrated short dramas, The Blonde’s Date With Death and Frankie and Johnny. He went on to a successful career directing and editing music videos before helming his first feature, the futuristic sci-fi prison flick titled Ghosts…of the Civil Dead. Now the man also behind The Road and The Proposition, has directed one of my most anticipated films of 2012. Formerly The Wettest County in the World, now titled Lawless; this bootlegging action-drama features an A-list cast, including Tom Hardy, Jessica Chastain, and Gary Oldman, Guy Pearce and Mia Wasikowska, just to name three. Check out the trigger-happy trailer below.

Synopsis: The true story of the infamous Bondurant Brothers: bootlegging siblings who made a run for the American Dream in Prohibition-era Virginia. Inspired by true-life tales of author Matt Bondurant’s family in his novel “The Wettest County In The World,” the loyalty of three brothers is put to the test against the backdrop of the nation’s most notorious crime wave.