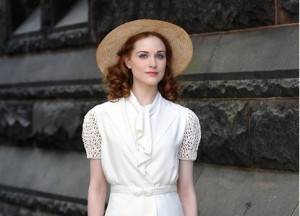 Todd Haynes, director of Safe, Far From Heaven and I’m Not there, has teamed up with HBO to release an adaptation of James M. Cain’s novel Mildred Pierce. Having already been adapted in 1945, with Joan Crawford in the lead role, Haynes has big shoes to fill. Though with a cast that includes Kate Winslet, Evan Rachel Wood and Guy Pearce, his epic miniseries certainly has high potential. With the teaser having just been released, the sumptuous period detailing and evocation of 1940s era melodrama may prove to be the television event of 2011.