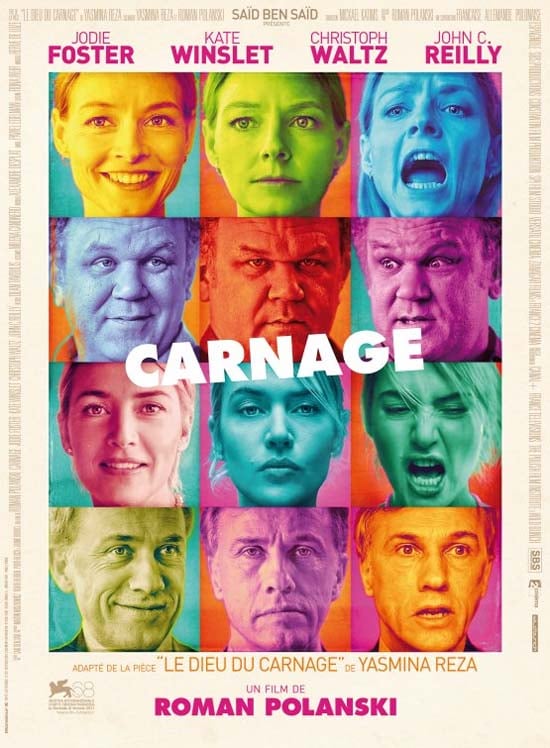 Perhaps one of the most notorious directors in Hollywood, Roman Polanski is back directing an adaptation of Yasmina Reza’s play God Of Carnage. Starring Jodie Foster, Kate Winslet, Christoph Waltz and John C. Reilly, Carnage is set in contemporary Brooklyn, New York. The story centres on two pairs of parents (one of whose child has hurt the other at a public park), who meet to discuss the matter in a civilized manner. As the parents discuss the problem, it gradually develops into an increasingly childish argument revealing their contradictions and prejudices. Along with the trailer, a poster was also released (seen above) which reveals that Pedro Almodovar‘s regular collaborator, Alberto Iglesias, who was previously reported to be the composer for Carnage, has been replaced by Alexandre Desplat. The will premiere at the Venice Film Festival before opening the New York Film Festival.