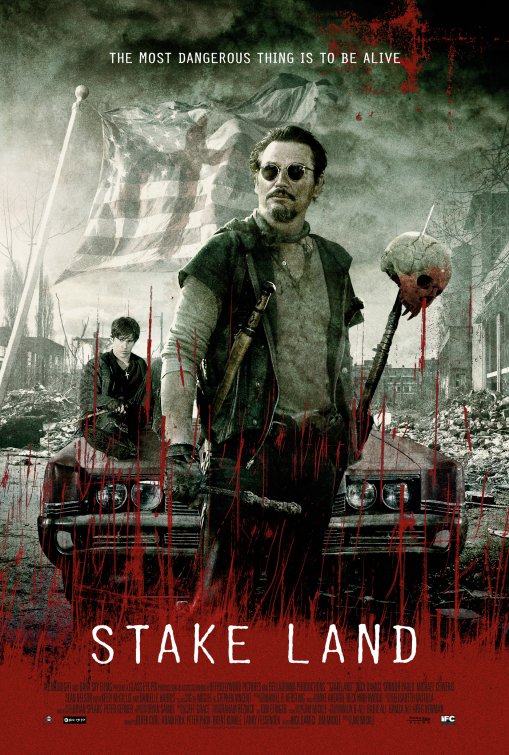 Director Jim Mickle first grabbed my attention with his epidemic-rat thriller Mulberry Street, back in 2008. His second feature Stake Land premiered at last year’s Toronto International Film Festival, but unfortunately I couldn’t make the screening and ever since, I’ve been impatiently waiting some sort of release. Now it seems a trailer has finally hit the net.

Indie horror director Larry Fessenden (The Last Winter) served as producer, which is always a good sign, since been so supportive of the new wave of indie American horror directors like Ti West and J.T. Petty. Emmet reviewed it back when he saw it at Fantastic Fest and described it as, “a vampire-apocalypse-road-movie featuring a dumb, animalistic class of vampires–that is to say zombies with more rules and more christian iconography”.

Below is the trailer, and you can find Emmet’s review here.