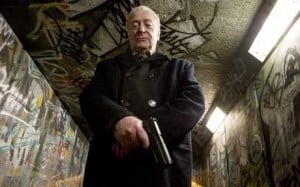 Michael Caine stars as vigilante Harry Brown, an elderly ex-marine and widower who looks to avenge his best friend’s brutal murder by doling out his own form of justice. In the tradition of Death Wish and Taken, Harry Brown already winning praise, promises to be the Brit’s  answer to Eastwood’s Gran Torino. Written by Gary Young (Shooters, The Last Drop) and directed by first timer Daniel Barber the film will also star Emily Mortimer, Iain Glen and Amy Steel.