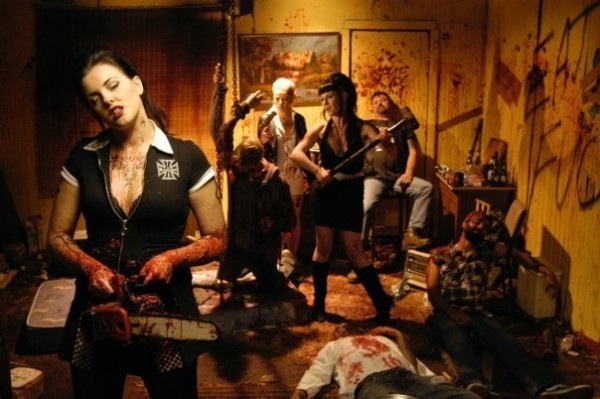 Twitch recently posted a trailer for El Monstro Del Mar, a low-budget Aussie grind-house film inspired by the “Bad girl” exploitation films of Russ Meyer and old school monster epics. El Monstro Del Mar is a new Australian action/horror flick which follows the adventures of a trio of homicidal, heavily tattooed Aussie girls sporting shotguns, mallets and alcohol who in an attempt to save the world battle a rubbery and suitably blood-thirsty sea monster with “Ed Wook” like tentacles.

The film is written and directed by Stuart Simpson (Demonsamongus) and produced by the team from Lost Art films.