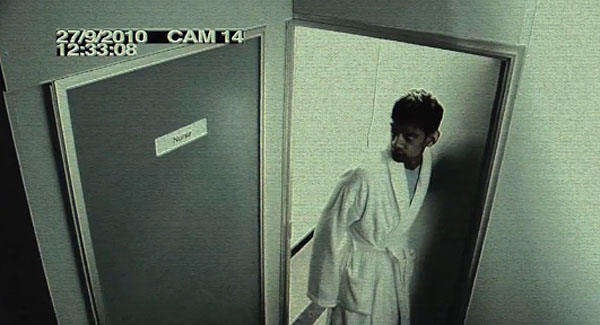 Vertigo Films have released the brand new trailer for their new movie, Guinea Pigs. Director Ian Clark is looking to put his own personal stamp on this increasingly popular found footage genre. The micro-budget film is an atmospheric horror about volunteers fighting for their lives after a drug trial goes wrong. Based from what we see in the trailer, It looks like a mix between Paranormal Activity, 28 Days Later and The Grudge. The film stars Alex Reid, Chris Larkin, Steve Evets, Jack Doolan, Amit Shah and Aneurin Barnard and is scheduled for release in the UK next year. Thanks to Dread Central for the find.