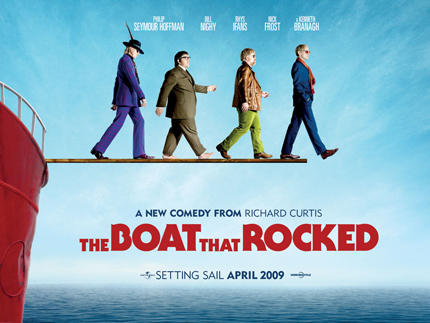 In the 1960s a group of 8 rogue DJs on a boat in the middle of the Northern Atlantic, played rock records and broke the law all for the love of music. The songs they played united and defined an entire generation and drove the British government crazy. By playing rock ‘n roll they were standing up against the British government who did everything in their power to shut them down. Directed by Richard Curtis of Love Actually, the cast of the film includes Nick Frost, Philip Seymour Hoffman, Rhys Ifans, Kenneth Branagh, Tom Sturridge, Bill Nighy and Talulah Riley.