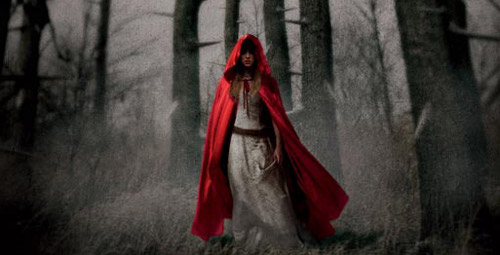 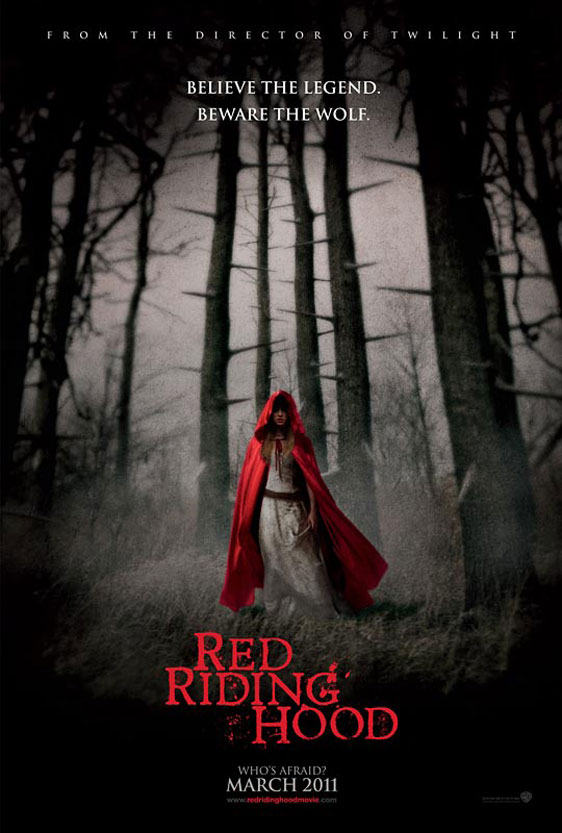 Werewolves? Love triangles? And what happened to Grandma? New to trailers is Red Riding Hood directed by Catherine Hardwicke (Twilight) and starring Amanda Seyfried, Gary Oldman, and Billy Burke. The story unlike we know it follows Valerie (Seyfried) who is torn between the man she loves Peter (Shiloh Fernandez) and the man, Henry (Max Irons), her parents want her to marry. After running away with Peter, Valerie finds out that her sister has been killed by a prowling werewolf. Only time tells hers that the werewolf is someone she loves.

“In Red Riding Hood, Seyfried plays Valerie, a beautiful young woman torn between two men. She is in love with a brooding outsider, Peter (Shiloh Fernandez), but her parents have arranged for her to marry the wealthy Henry (Max Irons). Unwilling to lose each other, Valerie and Peter are planning to run away together when they learn that Valerie’s older sister has been killed by the werewolf that prowls the dark forest surrounding their village. For years, the people have maintained an uneasy truce with the beast, offering the creature a monthly animal sacrifice. But under a blood red moon, the wolf has upped the stakes by taking a human life. Hungry for revenge, the people call on famed werewolf hunter, Father Solomon (Gary Oldman), to help them kill the wolf. But Solomon’s arrival brings unintended consequences as he warns that the wolf, who takes human form by day, could be any one of them. As the death toll rises with each moon, Valerie begins to suspect that the werewolf could be someone she loves. As panic grips the town, Valerie discovers that she has a unique connection to the beast–one that inexorably draws them together, making her both suspect…and bait.”

At first when hearing the concept for a grim film based on the populous fairy tale, Red Riding Hood seemed like a good idea. But the trailer proves wrong. Instead we get a mash up of Romeo and Juliet meets Wolfman meets…Twilight.  Hasn’t Hardwicke had enough of werewolves already? Check out the trailer below and see for yourself. Red Riding Hood is due out March 2011.