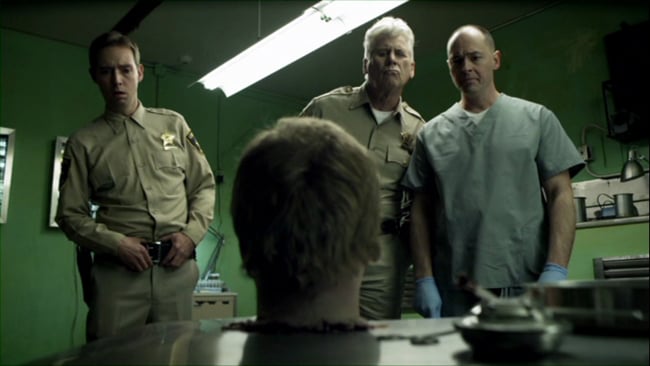 Watch the trailer for the new horror-comedy, Some Guy Who Kills People, directed by Jack Perez (Mega Shark vs. Giant Octopus), executive produced by John Landis (An American Werewolf in London) and written by Ryan Levin. The film sold out twice at this year’s Fantasia Film Festival and received a warm response from the audience. We recently had the chance to interview John Landis on episode 284 of the Sound On Sight podcast. We also had the opportunity to interview both Jack Perez and Ryan Levin on our most recent episode of the Sordid Cinema podcast. If dark comedy and horror is your thing, be sure to check out the trailer below, and mark Some Guy Who Kills People, on your list of must see films.

Synopsis: A lonely man, fresh out of the loony bin, returns to his small hometown seeking revenge on those he deems responsible for his miserable life.