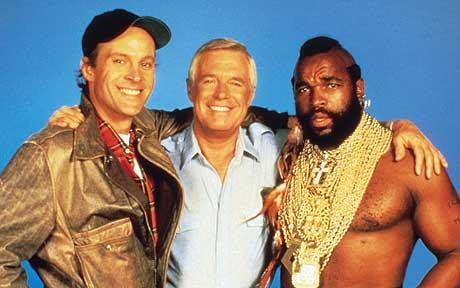 The trailer for the upcoming feature film based on The A-Team television series has been released. The film is planned for release on June 11, 2010 by 20th Century Fox and is directed by Joe Carnahan and produced by brothers Ridley and Tony Scott.

The plot will involve a shift from Vietnam to the Middle East, and both Jules Daly and series creator Stephen J. Cannell are involved in the project. According to writer Michael Brandt, the adaptation will be more in vein of Die Hard, The Bourne Identity, and Casino Royale and like the original series, the story follows the adventure of four United States soldiers who were arrested for a crime they did not commit. After managing to escape from military prison, the four join forces as a team of soldiers of fortune.