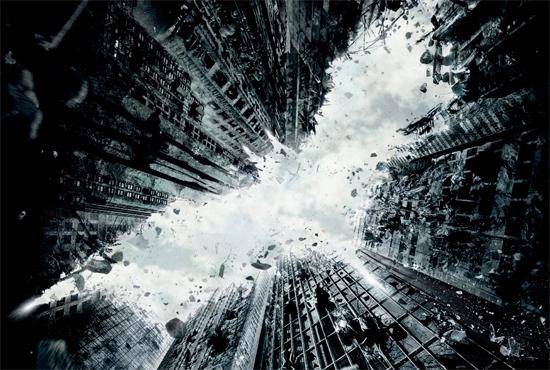 Is anyone else a little worried about The Dark Knight Rises? The foundation sounds lovely: Bane (Tom Hardy) enters the picture as the Bat’s fiercest opponent yet, one that may well defeat him physically. Gary Oldman, Morgan Freeman and Michael Caine’s elder statesmen are still around. But then you’ve also got Selina Kyle / Catwoman (Anne Hathaway). And whatever Joseph Gordon-Levitt and Marion Cotillard are meant to be up to. And then there’s this trailer, which features a wonky stadium explosion (especially unfortunate next to the non-CG hospital explosion from the previous film), some class tension (?!), and some riots. Hmmm. I’m confident Nolan can make it work, but here’s hoping he’s got more exciting stuff to show us.

Apple has it streamable in HD here, but there’s also a handy YouTube embed belowfor the impatient.