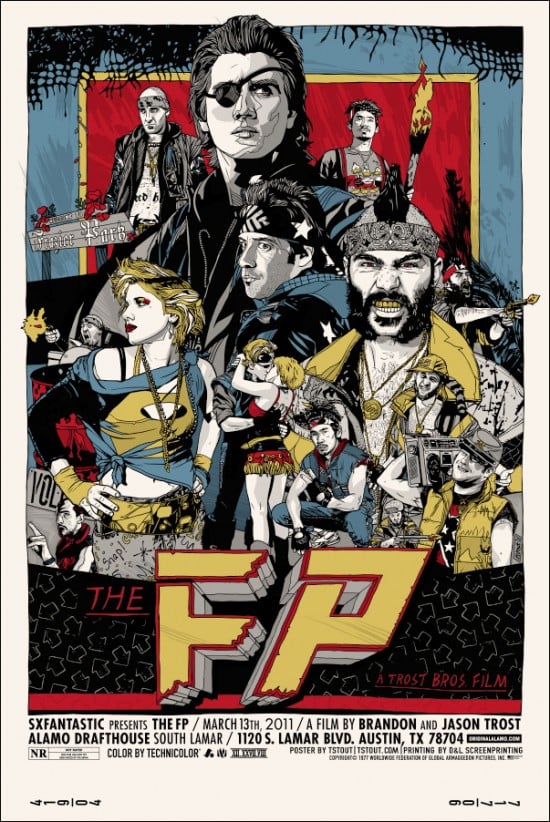 South by Southwest has come to an end, and now my list of “must see movies” has expanded to include ten more films. At the top of that list is one of the most buzzed about films from the festival titled The FP. The movie is a sort of mash-up of The Wizard, The Warriors, You Got Served, Mad Max and the popular video game Dance Dance Revolution. In other words it looks awesome!

Here’s a synopsis of the film:

Accompanied by his brother JTRO, Beat-Beat Revelation champion BTRO must compete for the pride of their hometown, Frazier Park (The FP). His opponent: ruthless fighter and trash talker, L Dubba E. L Dub not only defeats BTRO, he sends him to an early grave. L Dub’s instant climb to power has forced The FP to fall into disarray. Crazed with anger, JTRO vows revenge. After a crash course in the ancient techniques of Beat-Beat from master BLT, JTRO challenges L Dubba E. Their battle to the finish, born of lust, power and revenge, will leave only one man standing.
Hit the jump to check out the trailer.