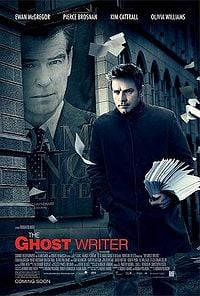 The full domestic trailer for Roman Polanski’s next film The Ghost Writer has arrived online this week, and appears to be on track for its February release date even as its director remains under house arrest in Switzerland. Polanski’s latest movie happens to be about a public figure, once hugely admired, now disgraced, fearing extradition and prosecution and confined to virtual house arrest in a vacation spot for rich people. Did the director, when he shot this film, get a chill presentiment of how personal it was all going to look? Here’s the trailer.