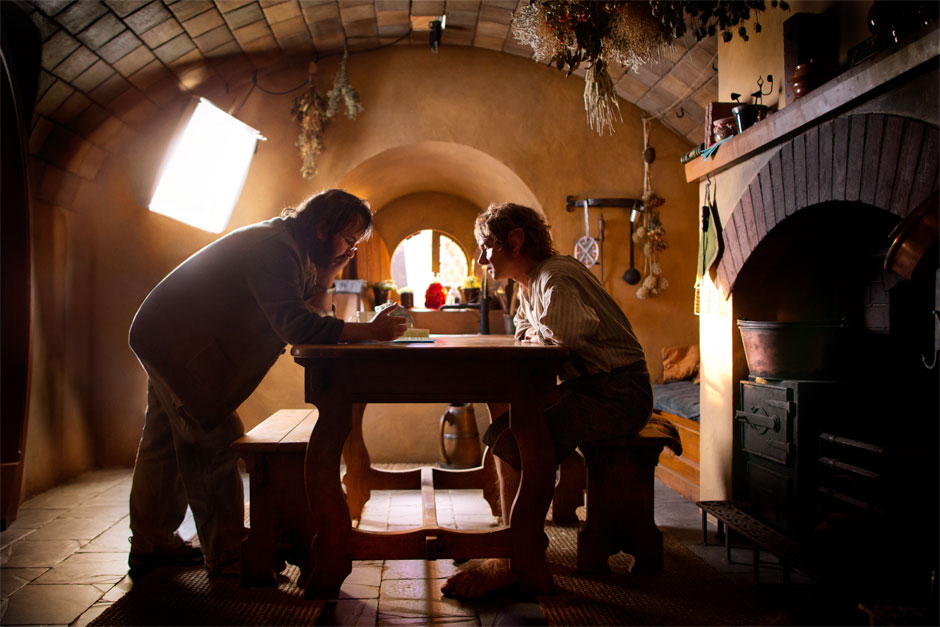 Though he took a circuitous route to get there, we really shouldn’t be shocked that director Peter Jackson wound up directing another Tolkien adaptation. After all, no one really minds King Kong much either way these days, and the less said about his version of The Lovely Bones, the better – though I will throw in a “Lynne Ramsay would have killed at that” for good measure. So here’s our first look at Jackson’s two-part adaptation of Lord of the Rings‘s predecessor, The Hobbit, with Martin Freeman stepping in as the younger Ian Holm eqivalent. It’s just as epic and portenteous as one would expect; let’s hope it’s not a washout.