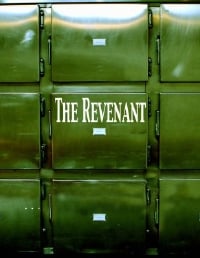 Earlier this year Nigel Hamid our Toronto correspondent wrote a review raving about  The Revenant, the new film by director D. Kerry Prior. The film played with Dead Snow in a double feature at the 2009 After Dark Film Festival and received the Silver Award for best independent feature film. The film also had a preliminary screening at the Xanadu Sci Fi, Horror and Fantasy Convention in Las Vegas where it won “Best Feature Film” at the closing awards ceremony.

In May, 2009, The Revenant was screened at the Zompire Undead Film Festival in Portland, Oregon, where it won the “Jury Award for Best Feature and Best Director”, plus the “Audience Award for Best of Festival.”

The Revenant is a story about an ancient pestilence recurring to infect modern society. Officer First Class Bart Gregory is killed while fighting in Middle East. His body is shipped back to the United States and laid to rest, but before the lid can be put on his tomb, Bart inexplicably awakens in his coffin and climbs from his grave; confused, horrified-a moldy, putrefying living corpse-a Revenant…In their quest to keep Bart from decomposing Bart and Joey stumble into a solution-a way to obtain blood without taking innocent lives, becoming “The Vigilante Gun-Slingers”. But as their macabre crusade continues, they become entwined in an ever escalating cycle of violence, mayhem and ghoulism . . . all while cruising in a 1979 Camaro.