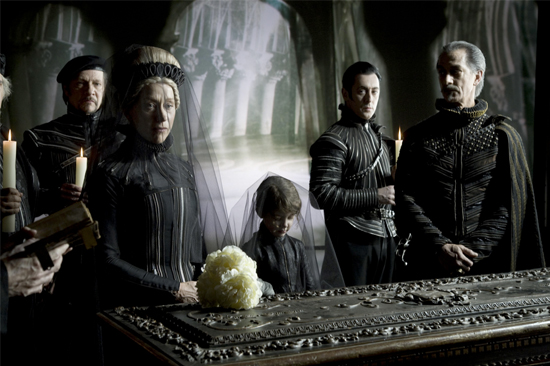 Unfortunately the new film The Tempest from director Julie Taymour isn’t getting good reviews from it’s screenings at various film fests. Our New York correspondent Chris Clemente reviewed it here saying, “The Tempest is simply a bad film, because it’s crippled by a director that cannot see past its original form”. Still for anyone who may still be interested in the movie, we have decided to post the trailer which was just released.

Prospera’s throne is usurped by her brother, and she is sent off on a ship with her four-year-old daughter. They find themselves stranded on an island devoid of society. A power struggle develops between Caliban and Prospera due to her efforts to become a father figure to Miranda.