Liam Neeson is becoming one of the most versatile actors of all time, right next to Nicolas Cage. Unknown, originally titled Unknown White Male if you look it up on IMDb, stars Neeson, a man who has waken up from a coma only to find out that someone has completely stolen his identity and life. He now must search for answers as he tries to find out clues to the truth. The story sounds simple and interesting when you watch the trailer, but with guy who directed Orphan and House of Wax (Jaume Collet-Serra), the twist won’t be too in-depth.

Unknown also stars January Jones, Diane Kruger and Frank Langella and written by Oliver Butcher and Stephen Mark Cornwell based on the novel Out of My Head by Didier Van Cauwelaert. I think this will be a fun little adventure, much like Taken, and with Liam Neeson exploding full of rage and his sultry voice (you got to admit, you wish you had a lion friend with Liam Neeson’s voice), I’m sure we are in for an interesting ride.

You can also view it at Yahoo! 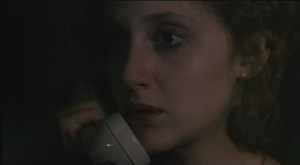