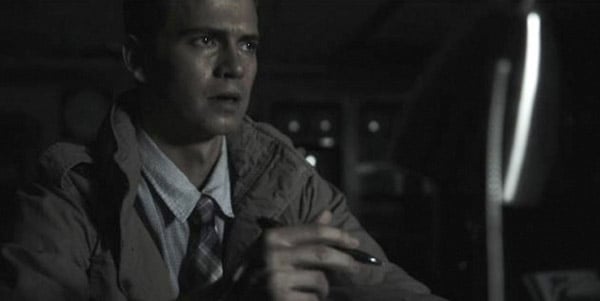 The trailer for Brad Anderson’s latest,Vanishing on 7th Street, has hit the web.  The film was recently added to the Midnight Madness program at the Toronto International Film Festival.  The post apocalyptic horror film stars Hayden Christensen, John Leguizamo, and Thandie Newton.  My thoughts and a synopsis from the Toronto International Film Festival after the trailer.


It’s been two years since Anderson’s last film Transsiberian came and went at the box office.  That is a shame because it was a very good thriller and it featured one of the best performances of that year in Emily Mortimer.  I think the trailer looks really interesting and Anderson is four for four in my book (Transsiberian, The Machinst, Session 9, Happy Accidents).

However, I would really like to address the most intriguing thing about this whole project which is Hayden Christensen.  Let’s rewind the clocks back to 2002: Christensen’s been picked to play Anakin Skywalker and he is about to become the best actor of his generation.  He is coming off a performance in Life as a House that was not short on acclaim.  In fact, despite the mixed reviews that film has, Christensen even gets a lot of Oscar buzz for his performance.  In Mike Clark’s positive review of the film (he was probably the most positive), he says that “Christensen is probably going to make a terrific Star Wars contribution.”  Michael Dequina (he was extremely mixed about the film) has this to say about Christensen: “With nothing in the way of inspiration coming on either the writing or directing end, it’s up to the actors to maintain audience interest and emotional engagement, and two members of the cast rise to the occasion: Kline and Christensen. Their work occupies opposite ends of the acting spectrum; Christensen’s Sam is all volcanic adolescent angst…both performances are impressively layered…Christensen makes the pain behind Sam’s rage clearly come across. His strong work here makes one all the more eager to see his upcoming take on Anakin Skywalker.”

What happened?  I saw Life as a House and thought Christensen’s work was Oscar worthy.  He was exceptional in Shattered Glass but ever since Star Wars he has become the whipping boy of this generation.  Nobody respects him as an actor at all.  That probably has to do with his performances in Star Wars, even though most people acknowledge that George Lucas is to blame.  He has done some terrible work after, least we not forget Jumper, but he has pretty much disappeared.  He popped up in New York, I Love You, and did strong work there but that might be it.  I will never argue that Christensen is one of our greatest actors but I do think he is capable of being a good actor.  I just think he needs to work with actor’s directors like Billy Ray (Shattered Glass) and Irwin Winkler (Life as a House), not a great director but he always gets good performances out of actors.  Anderson would certainly qualify as an actors director, Christian Bale in The Machinist and the entire cast in Transsiberian, so this is definitely an opportunity for Christensen to take us back to 2002.

We also have a link to the TIFF write up of the film.    I will post some of it at the bottom but beware of the possibility of spoilers.  If you want to go in completely fresh, just watch the trailer and read my write up of Hayden.  (Thanks to /Film.)

When a massive power blackout causes the population to inexplicably vanish, a small handful of survivors (Hayden Christensen, Thandie Newton, John Leguizamo) band together inside a desolate tavern struggling to survive as the darkness hones in on them. From director Brad Anderson (The Machinist, Transsiberian) comes an apocalyptic thriller with a terrifying vision of our world’s end and a story that wrestles with the nature of existence itself.